Businesses urged to slash prices by cost of living tsar 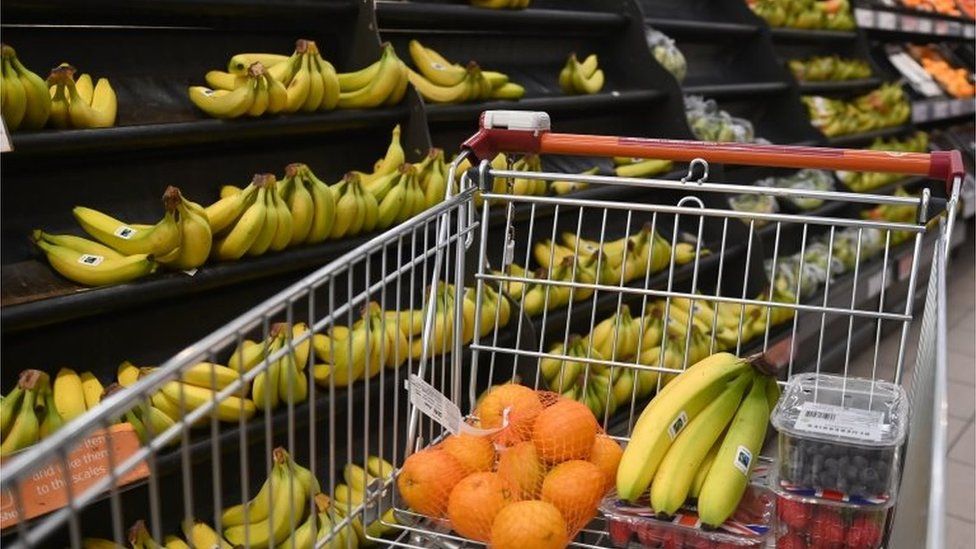 Businesses are being asked to cut prices for consumers in a new government campaign.

Number 10’s new cost of living tsar David Buttress asked business leaders on Monday night for their ideas on “how to help” tackle the cost of living.

A government source told the BBC the government will not provide any funding for businesses to cut prices.

But a taxpayer-funded ad campaign to promote the initiative will run next month.

The campaign would be about recognising the efforts of businesses who are trying to help consumers with the rising cost of living, and “amplifying and channelling them” as well as encouraging other businesses to do the same.

The BBC has been told businesses will be encouraged to join the campaign by introducing price-cutting measures, and in exchange will add the campaign name and logo to their branding. The government intends to launch the campaign in early July.

In a speech to business leaders at the CBI on Monday night, Mr Buttress told them he wanted their “best ideas on how to help” to take to the “heart of government”.

Examples he used to demonstrate how private companies could help included “extending mobile phone company social tariffs”, “learning from the success of Gregg’s breakfast clubs” – where the chain gives a free breakfast to some school children – or popularising apps that sell off cheap food that would otherwise go to waste.

The former Just Eat chief executive said there were four points in the year that businesses could provide price cuts to help people – summer holidays, children returning to school for the new term, inflation going up in Autumn, and Christmas.

The government will be “rolling out the official name with branding and logos shortly”, Mr Buttress said.

It’s understood the slogan, which is still being decided, will promote a message about helping out in tough times, which businesses could display to give them “kudos”, as a government source put it, by cutting their prices for consumers using money they would otherwise use on marketing.

In 2020, the government launched the ‘Eat Out To Help Out’ scheme to support hospitality businesses – where diners got a state-backed 50% discount on meals and soft drinks up to £10 each on Mondays, Tuesdays and Wednesdays for a limited period.

The government provided funding to the hospitality businesses during this period to fund the discount.

It’s understood that the proposed campaign will not see the government provide businesses with money to cut costs for consumers.

Instead, the taxpayer will fund a public information campaign highlighting the campaign name, logo and what support and deals are available from the private sector.

Technology minister Chris Philp told Sky News that there are no “easy fixes” to inflation, and said he did not believe pay rises would help.

He said: “If we have a series of across-the-board pay increases for everybody, then what is going to happen is that is just going to see even more inflation.”

Mr Philp said the government was doing what it could to support the poorest households and he believed the current inflationary spike is only a “transitory phenomenon”, driven by the war in Ukraine and the effect of the Covid-19 pandemic.