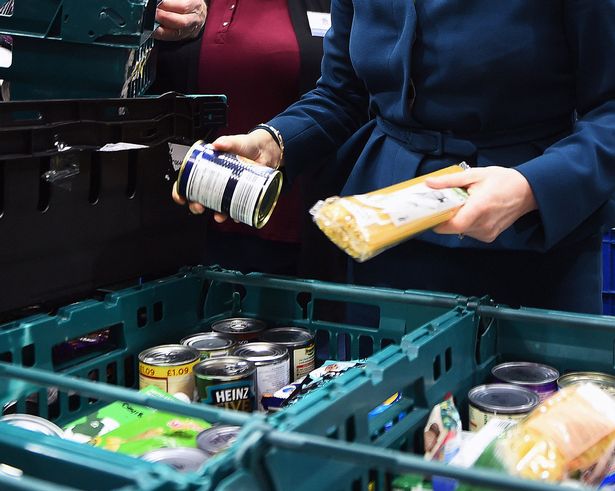 A food bank charity says it’s witnessing “an accelerating crisis across the UK”, having seen a dramatic rise in the need for emergency food during the last six months. This follows the £20-a-week cut to Universal Credit and the soaring rise in living costs that people are facing.

The Trussell Trust reports that food banks in its network across the South West provided almost 175,000 emergency food parcels to people facing hardship between April 2021 and March 2022. Over 67,000 of these went to children.

These figures mark a seven per cent increase compared to the same period in 2019/20 – before the pandemic – when over 163,000 emergency food parcels were distributed in total across the South West by food banks in the Trussell Trust network.

The Trussell Trust says food banks in its network across the UK experienced their busiest winter outside of 2020 at the height of the pandemic, providing 1.2 million parcels in the second half of the year alone, from October to the end of March. That is more parcels than were provided for the whole year of 2016/17, just five years ago.

As inflation continues to increase and rising bills are putting pressure on families across the country, the Trussell Trust says its network expects the need for emergency food to rise further still. One food bank manager said: “The people who come in are telling me they’re scared. People are beside themselves about what the next six months will bring.”

Despite one in three people on Universal Credit already skipping meals, the charity says the UK government is still choosing not to protect people already struggling to make ends meet.

Emma Revie, chief executive of the Trussell Trust, said: “People in the South West are telling us they’re skipping meals so they can feed their children. That they are turning off essential appliances so they can afford internet access for their kids to do their homework.

“How can this be right in a society like ours? And yet food banks in our network tell us this is only set to get worse as their communities are pushed deeper into financial hardship. No one’s income should fall so dangerously low that they cannot afford to stay fed, warm and dry.

“In the longer term, we need the government to introduce a commitment in the benefits system to ensure that everyone has enough money in their pockets to be prevented from falling into destitution. By failing to make benefits payments realistic for the times we face, the government now risks turning the cost of living crisis into a national emergency.”

In October, the Chancellor removed £20 a week from low-income families across the country, the largest cut to welfare since the Second World War. And in his Spring Statement, he rejected calls for benefits to be brought in line with the current rate of inflation to better reflect the true cost of living, the charity highlights. This is on top of a five-year freeze on benefits rates which means these payments are worth eleven per cent less than they were a decade ago.

With the energy price cap rise just starting to bite, the charity says for most people at risk from financial hardship – who cannot work or work longer hours due to disability, caring responsibilities or mental health issues – there is very little protection ahead.

The charity says that foodbank staff and volunteers will always do all they can to help people in their communities but that they cannot and should not be picking up the pieces of government inaction, particularly with a crisis of this scale.

Trussell Trust says there is still time for politicians to turn this situation around. It says governments at all levels must use their powers and take urgent action now to strengthen the social security system, so it keeps up with the true cost of living and helps prevent hundreds of thousands more families from being forced through the doors of food banks.

For the UK government, it says, that means, as a first step increasing benefits payments by at least seven per cent, so more people are able to afford the essentials.

The charity says in the longer term, the government must introduce a commitment in the benefits system to ensure that everyone has enough money in their pockets to be prevented from falling into destitution.