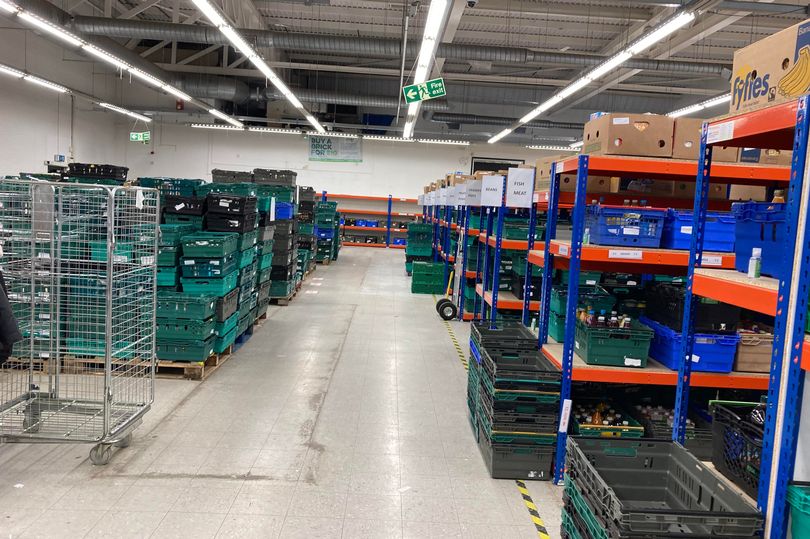 Supplies are being used up faster than they are being donated

The busiest foodbank in the east of England has warned peoples’ lives could be at risk if the UK heads into a cold winter and the cost of living continues to spiral. Colchester Foodbank Chief Officer Michael Beckett said supplies are being used up faster than they are being donated and it could struggle to keep up with demand.

Speaking to the Local Democracy Reporting Service, he said the foodbank is currently the busiest it has ever been but donations are decreasing by 11 per cent every month. Mr Beckett said: “There’s a real risk of people dying when it comes to next winter. In the summer if it’s a choice between heating and eating you can just turn the heating off and you might get a little bit cold at night I suppose but you might be okay.

Mr Beckett said: “There was a blip in 2020 when the first lockdown happened where we got very busy, but then we beat that by December in 2021 and again in 2022. This year is looking like another record breaking year.

“The cost of living crisis is such that we are likely only to get busier and we are particularly concerned about next winter, because of supply. Demand is higher than supply at the moment, so we are burning through what we’ve got and obviously we’re concerned about winter.”

The war in Ukraine has also affected the number of items being donated in addition to the cost of living, with the public’s attention split between the crises. Despite worrying trends in donations and increasing local need for the foodbank, it has recently received funding from the Trussell Trust which will allow it to recruit more staff and increase its efficiency. Most of the people behind the scenes at the foodbank are volunteers and most of its money comes from the general public.

Colchester Foodbank campaigns on issues such as introducing the real living wage, which Mr Beckett said would make sure people are earning enough to feed themselves and their families without needing the foodbank. It also advocates for an uplift of benefits to cope with inflation, according to Mr Beckett.

If people are struggling to afford to donate to their local foodbank, there are things they can do for free such as sharing posts and adverts on social media, he said. However, people can also donate as a one-off or sign up to monthly payments on the Colchester Foodbank website.