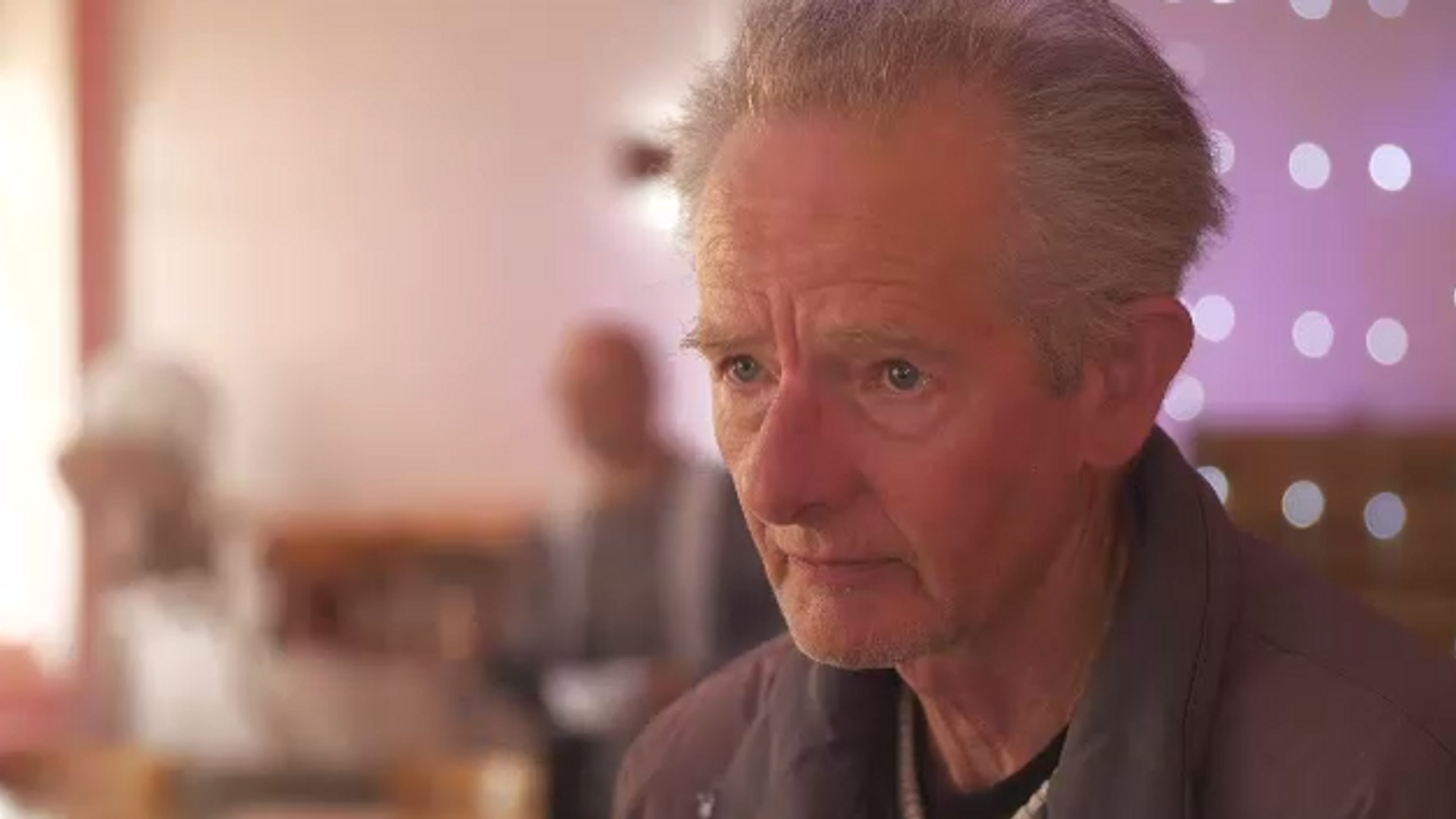 Spiralling costs are forcing more people to seek help in Blackpool, a coastal town with inner city problems where more die than are born. Sky News meets a pensioner with only £5 a week to spend on food and a young single mother waiting months for mental health treatment.

James Scott sits on his own eating his chickpea curry.

He likes to come in when the rush has died down, when the Amazing Graze soup kitchen is quieter.

It used to be the homeless and rough sleepers that needed help the most but now because of the cost of living crisis it is used more often by people struggling to make ends meet on low incomes.

“I’ve never struggled like I have at the back end of last year,” he says. “I’ve never had to struggle like that.

“I’ve always had enough to get me by, but wondering where the next couple of quid is going to come from it wasn’t easy. I stayed calm, stayed relaxed, didn’t let it bother me because I always had some bread in the house.”

James talks about his struggle in a soft voice. The desperation is understated.

Most of the time he smiles nervously. It is his way of reassuring me that he is coping.

I know this because the volunteers at the centre told me that James did not complain when he was served a chicken pasta. Even though he is a vegetarian James accepted the meal gratefully and ate everything in the bowl except for the meat. James does not like to make a fuss. He does not want to be a burden.

“I ended up having to cut my food budget back and back and back, and I actually ended up with around £5 a week,” James told me without any self-pity.

“For food, yes, and believe it or not I got right through the week on that every week,” he replied.

But “getting through” means eating very little. I asked James how he made his £5 stretch.

“Two slices of bread, half a tin of beans or spaghetti hoops at nighttime, a bowl of porridge for my breakfast,” he replied.

“Nothing during the day?” I asked.

“Nothing through the day,” came his answer.

Then there’s that long pause with the same nervous smile. It is almost apologetic. 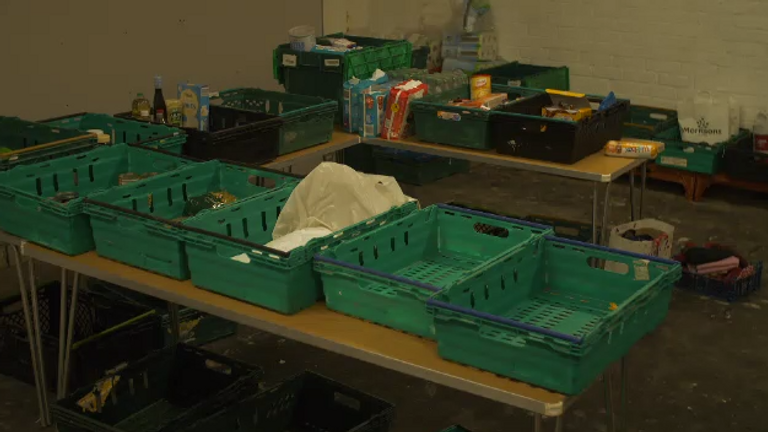 Grim choice between eating or heating

James has worked his entire life as a shop assistant in Fife. He is retired now. He was forced to come to Blackpool to find some people to whom he had lent money.

I suspect he has been scammed of his savings. He does not know where these people are or what they have done with his money.

James knows exactly to the penny how much it costs to make his porridge, switch on his oven and turn up the heating.

“I have my porridge in the morning which I use on the cooker, that still only costs a penny so that hasn’t changed. If I’m heating something up in the oven, if it cost 6p before it might cost me 8p, maybe 9p now so that’s not been a big change really, but it’s just the heating, just having my central heating on was an absolutely massive increase.” James says he only has £5 a week for food

James is switching off his gas permanently. It is a grim choice between eating or heating.

The cost of living crisis is affecting the lives of people all over the country. But in places like Blackpool it is putting even more pressure on already overstretched services.

It is a coastal community with serious inner city problems.

More people are dying in Blackpool than being born.

That is not surprising when you consider it tops almost every league table for poor health outcomes: cancer, heart disease, alcoholism, drug abuse, teenage pregnancies, male suicide, obesity. The list is long.

‘It’s a battle every day’

A few blocks away from where I met James is the Streetlife Trust. It is a shelter for young people who need help.

Playing pool with her friend is Krystina Maher-Henry. The 25-year-old single mother is battling drink and alcohol addiction. 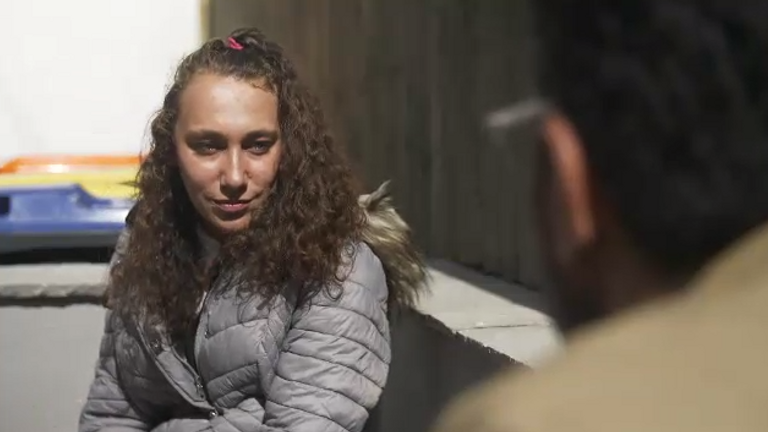 Krystina Maher-Henry says she is running out of options

Krystina struggles with her mental health.

Last Christmas she had a breakdown and reached crisis point.

She reached out to the mental health services for help but was told none was available.

“I asked the police, I asked the crisis team, rang them up all hours of the night – not one of them came out to see me…two days I was left in my flat,” she said, adding that she had been “begging them for help”.

She said on Christmas Day “they started looking for me thinking that I’d actually done something” but she had not received help for the two days before then.

It was only after her friends intervened and took her to hospital that she got the treatment she needed.

“Literally, I was on death’s door, I was underweight, I was at a loss, I couldn’t function,” she says.

“It started when I came out of a hostel and they put me into my own flat with my space, I was struggling with learning how to rehabilitate myself into my flat.

“It came to a point where I was coming up to Christmas and I was struggling with drink.

“My friends took me in overnight because it was Christmas so I didn’t really want to go in on Christmas Day, but I saw a couple of mental health nurses afterwards and that, but they’re just saying I’m doing everything I can and that there’s nothing they could have done for me. Which is a shame, because I’ve had a breakdown and nearly ended up losing my life.”

Lancashire Police confirmed it had received a concern for welfare call from a partner agency and that officers were asked to enter her home, but when the force spoke further with the partner agency it was decided it was not necessary.

It said it received another report later that day and “numerous investigations were made”, with Krystina found at her friend’s address two days later.

The force added it is “satisfied that we have fulfilled those duties in these instances”. More people are dying in Blackpool than being born

‘You can be on a waiting list for years’

Krystina looks younger than she is. Her weight is clearly an issue.

We are talking on a warm, sunny afternoon but she insisted on wearing a thick winter coat because she was worried her arms were too skinny for our TV interview.

I asked her what it was like growing up in Blackpool and she told me it was not the same anymore.

The sense of community she felt when she was younger is no longer there. 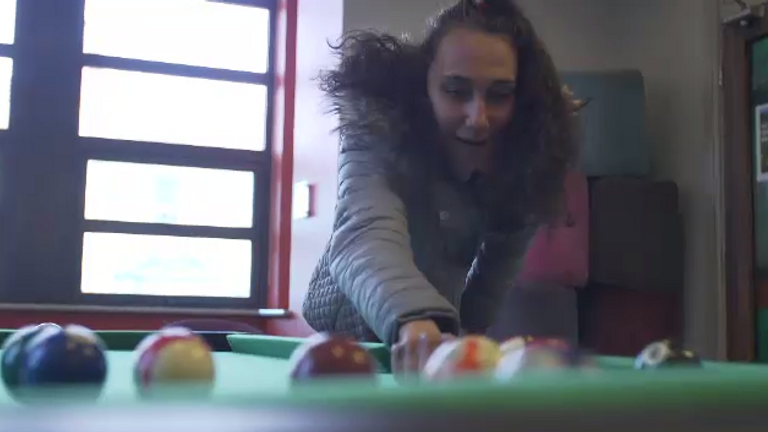 That adds to the isolation and almost certainly causes her anxiety, which adds to her mental health problems – something that cannot be addressed by mental health services for months, possibly years.

“I was still on an eight-month waiting list and that was about three and a half months ago, and the woman said ‘don’t be expecting a call any time soon’,” Krystina says.

“You can be on the waiting list for two years, two and a half years before you even get your name read on the register. I’ve not even been seen for two years, I’ve still been waiting.”

In six months Krystina will be too old to use the centre, adding to the uncertainty in her troubled young life.

“I’m going to struggle now. I’m 25, I’m running out of options, places, it’s hard out there, I don’t know who I can talk to about my mental health now. I wouldn’t know where to turn to apart from my family and friends. So, it’s not easy.”

The government says it is acting to help the most vulnerable communities in areas like Blackpool.

A spokesman said: “We are already tackling health disparities in the North West of England – including working to reduce drugs-related deaths in Liverpool and Blackpool, supporting struggling families to give children in the poorest communities the best start in life, and addressing inequalities among some of the region’s most vulnerable groups, such as homeless people, prison leavers and sex workers.”

He added: “We will set out further action through a white paper later this year.”

But for James and Krystina “later this year” means very little. Their crises are happening now.

An NHS spokesperson said: “NHS mental health services are continuing to expand and treat record numbers of people thanks to the dedicated additional funding provided through our Long Term Plan in 2019, but it is clear that the pandemic has compounded many of the issues that we know contribute to poorer physical and mental health.

“So while the NHS will always be there for those who need it and is committed to playing a leading role in preventing ill-health, helping more people to live happy and healthy lives will require action from a much wider group of partners.”