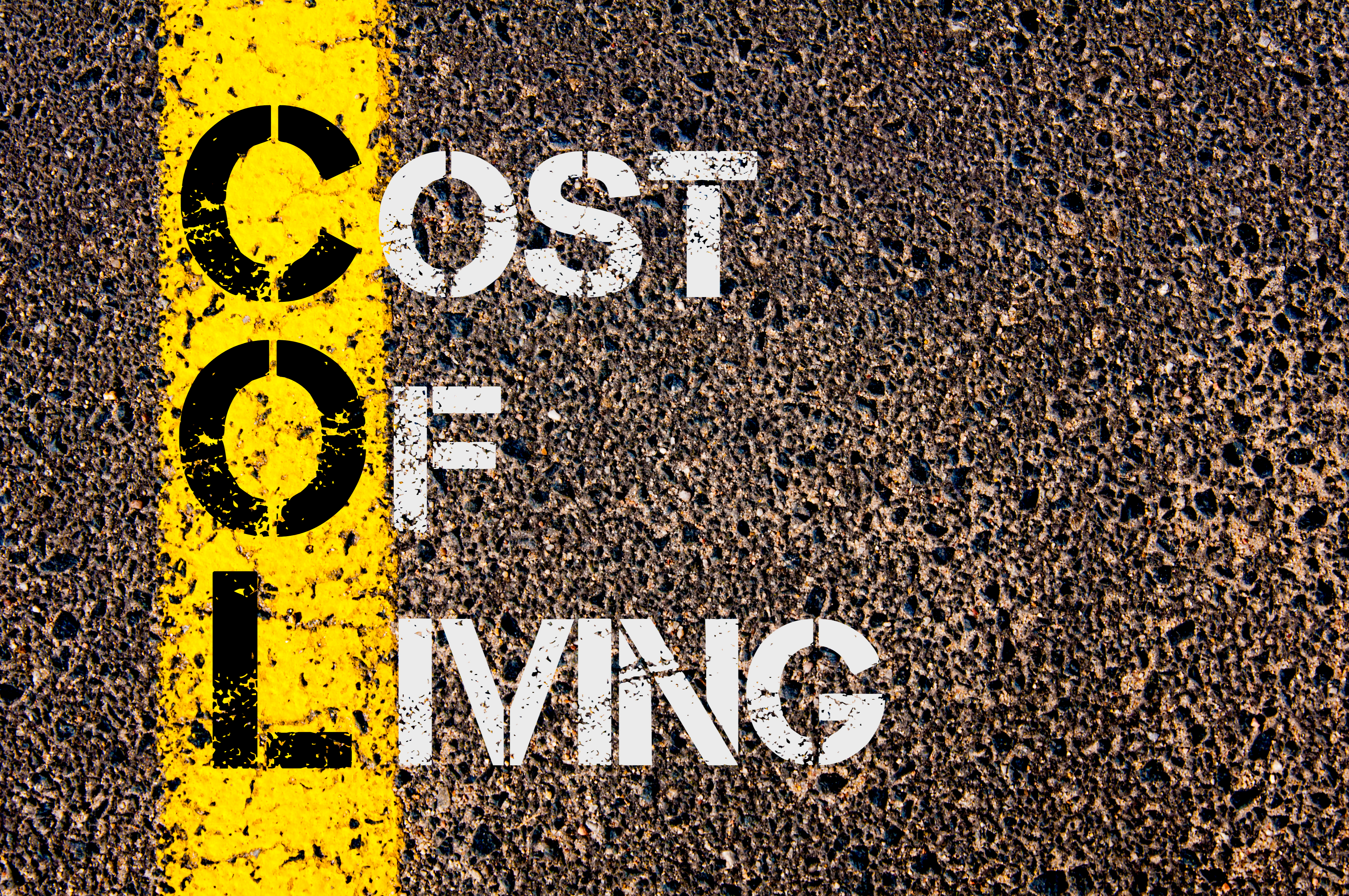 What is the cost of living crisis?

The ‘cost of living crisis’ refers to the fall in ‘real’ disposable incomes (that is, adjusted for inflation and after taxes and benefits) that the UK has experienced since late 2021. It is being caused predominantly by high inflation outstripping wage and benefit increases and has been further exacerbated by recent tax increases.

In early February, the government announced some measures to respond to high energy prices, a particular flashpoint of the crisis. At the spring statement, the chancellor also announced some further measures. But even after accounting for these policies inflation is expected to increase much more quickly than post-tax incomes.

How high is inflation?

Inflation is calculated as the average change in the price of typical goods and services purchased by UK households over 12 months. This is tracked using the Consumer Price Index (CPI), calculated by the Office for National Statistics using a sample of 180,000 prices of 700 common consumer goods and services.[1] The latest data has the current CPI at 7% in the 12 months to March 2022. The Bank of England aims to keep the CPI rate of inflation at 2% plus or minus 1% (i.e. between 1% and 3%) and adjusts interest rates to achieve this.

However, CPI excludes the cost of housing. An alternative measure of inflation produced by the ONS, the Consumer Prices Index with Housing (CPIH), is in some ways a better measure of inflation as it includes owner occupiers’ housing costs. Current CPIH is currently a little lower than CPI, at 6.2%.[2]

How is inflation expected to change in the coming months?

The latest Bank of England forecast has inflation peaking at 10.2% in the fourth quarter of 2022. This is largely driven by the £693, or 54%, increase from 1 April of the energy price cap and a forecasted further increase of 40% in October.[3] Inflation is expected to remain high for the next two years: the Bank expects that inflation will not reach its 2% target until the third quarter of 2024.[4]

Which prices are increasing fastest?

A rapid increase in energy costs, particularly the wholesale price of gas, has been a key driver of the recent increases in inflation. Housing and household services (which include electricity and gas) and transport (which includes motor fuels) contributed to around half of CPIH inflation in March.[5] The weekly average price of gas peaked at 15.3p per kilowatt hour in early March, a tenfold increase on the price a year previously, although the price has decreased to 4.6p per kilowatt hour in the latest data.[6] Average petrol prices were the highest on record in March 2022, at 160.2p per litre compared with 123.7p per litre 12 months earlier.[7]

Why are prices increasing rapidly?

Cost pressures have been apparent in the economy since mid-2021, when many advanced countries reopened their economies from coronavirus lockdowns.

Gas prices have increased because of a number of factors. Increased demand for gas from Asia, depleted gas storage supplies in Europe, unexpected outages in Liquified Natural Gas (LNG) production and the war between Ukraine and Russia (a major supplier of European gas) have all contributed to the large price increases since mid-2021.[8] Gas is an important source of energy in the UK: nearly 80% of households in England are heated by mains gas and a third of electricity is generated in gas power stations.[9]

Disruption to global supply chains has also increased prices. Pandemic shutdowns of factories in Asia have caused a shortage of semiconductors, an important component in common consumer goods. Global shipping costs have also increased, as shipping firms reduced capacity by 11% during the pandemic in anticipation of reduced demand. The average cost of shipping a large container increased fourfold in the 12 months to September 2021.[10] This has increased the price of commodities such as timber and other imported products.

The Russian invasion of Ukraine has significantly exacerbated these economic stresses. Many international companies have permanently ceased operations in Russia either to comply with economic sanctions or due to reputational risk. The dangerous security situation in Ukraine has also prompted many companies to temporarily close factories. European industrial production has declined due to a shortage of essential parts from Ukraine, such as wiring harnesses that are used in cars.[11] Along with the semiconductor shortage, this has substantially pushed up the price of second hand cars as consumers switch demand towards used vehicles.

Although the UK imports only around 13% of its total fuel (oil, gas, LNG, electricity) from Russia, it is still vulnerable to any disruption to the supply of energy to the EU, which is more reliant on Russia for its energy. Due to the integration of energy markets, UK and EU gas and electricity prices move together. The recent announcement by the European Commission to phase out EU imports of Russian oil will likely push up prices in other markets the UK uses, such as Norway and Qatar.[12]

Ukraine is also a major exporter of agricultural commodities such as grain and sunflower oil. Disruption to the supplies of these commodities could lead to significant increases in global food prices.

Are incomes increasing as quickly as prices?

No. Inflation is outstripping increases in nominal wages so incomes will fall in real terms. The Bank of England has forecasted that real household disposable income per will fall by 1.75% in 2022.[13] Wage growth in the last year has not been sufficient to keep pace with inflation, with underlying pay growth of only 4% in February 2022. The Bank of England forecasts wage growth of 4.75% in 2022.

Households that receive a large part of their income from the government, through working age benefits or the state pension, see their incomes uprated each year. Benefits and state pensions increased by inflation in April 2022. But the increase in April was only 3.1% because that was the CPI inflation rate measured by the ONS last September, the usual reference month for deciding the annual April increase in benefits and the state pension.[14] Recent changes to Universal Credit – in particular the end of the temporary £20 per week increase during the pandemic – further exacerbates the fall in incomes for many benefit claimants compared with one year ago.

How have tax changes contributed to the cost of living crisis?

The tax increases announced in 2021 were larger (as a share of national income) than those announced in any year since 1993. In the March spring statement, the chancellor unwound only around one sixth of the proposed tax increases. A one-year increase of 1.25 percentage points in National Insurance contributions (NICs), ahead of the new health and social care levy coming into force in 2023, was partially mitigated by raising the income threshold of when people start paying NICs.

The income tax personal allowance and higher rate threshold will be frozen for four years from April, instead of increasing in line with inflation as planned. This amounts to a tax rise as many more people will be dragged into higher rates of tax as their incomes increase faster than the thresholds. However, the chancellor announced that the basic rate of income tax will be reduced to from 20% to 19% in April 2024.

Are poorer households worse affected by the cost of living crisis than richer ones?

Anti-food poverty campaigner Jack Monroe has called on the ONS to change the way it measures and reports the cost of living, arguing that poorer households experience higher inflation.[15]

Recently published ONS analysis, which accounts for the share of different household budgets spent on broad product categories, suggests that the inflation rate is currently similar on average at different income levels.[16] However, Monroe has emphasised that within product categories (and specifically food), the prices of cheaper goods – that poorer households are more likely to rely on –  are increasing more quickly. This would not be captured in the existing ONS analysis; it is planning to publish more granular data soon.

Even using the ONS’s current approach, inflation rates are likely to be higher on average for poor households in April when energy prices rise because energy accounts for a higher share of their budget. Even after the government’s announcement to alleviate the increase, it will still account for a substantial increase in inflation in that month.

Even if the inflation rate were the same on average for lower-income and higher-income households, the impact is still likely to be felt more for those at the bottom. Poorer households have less disposable income and less flex in their budget if and when costs increase. While a richer household might be able to absorb higher energy costs, for example by reducing how much it saves, that option may not be available for many low-income households.

The worst-affected households will be those with lower incomes who also spend disproportionately more on energy costs. The focus in this section so far has been average inflation for rich and poor households, but the average masks a lot of variation. Institute for Fiscal Studies research indicates that, although the poorest tenth of households spend an average of 4.8% of their income on gas, a tenth of this group spend 12% or more of their income on gas.[17] Energy price increases will already be affecting this group more than others, and the April increase has compounded this further.