Cost of living: Food club helps Plymouth residents whose ‘anxiety is through the roof’ as they struggle to pay bills 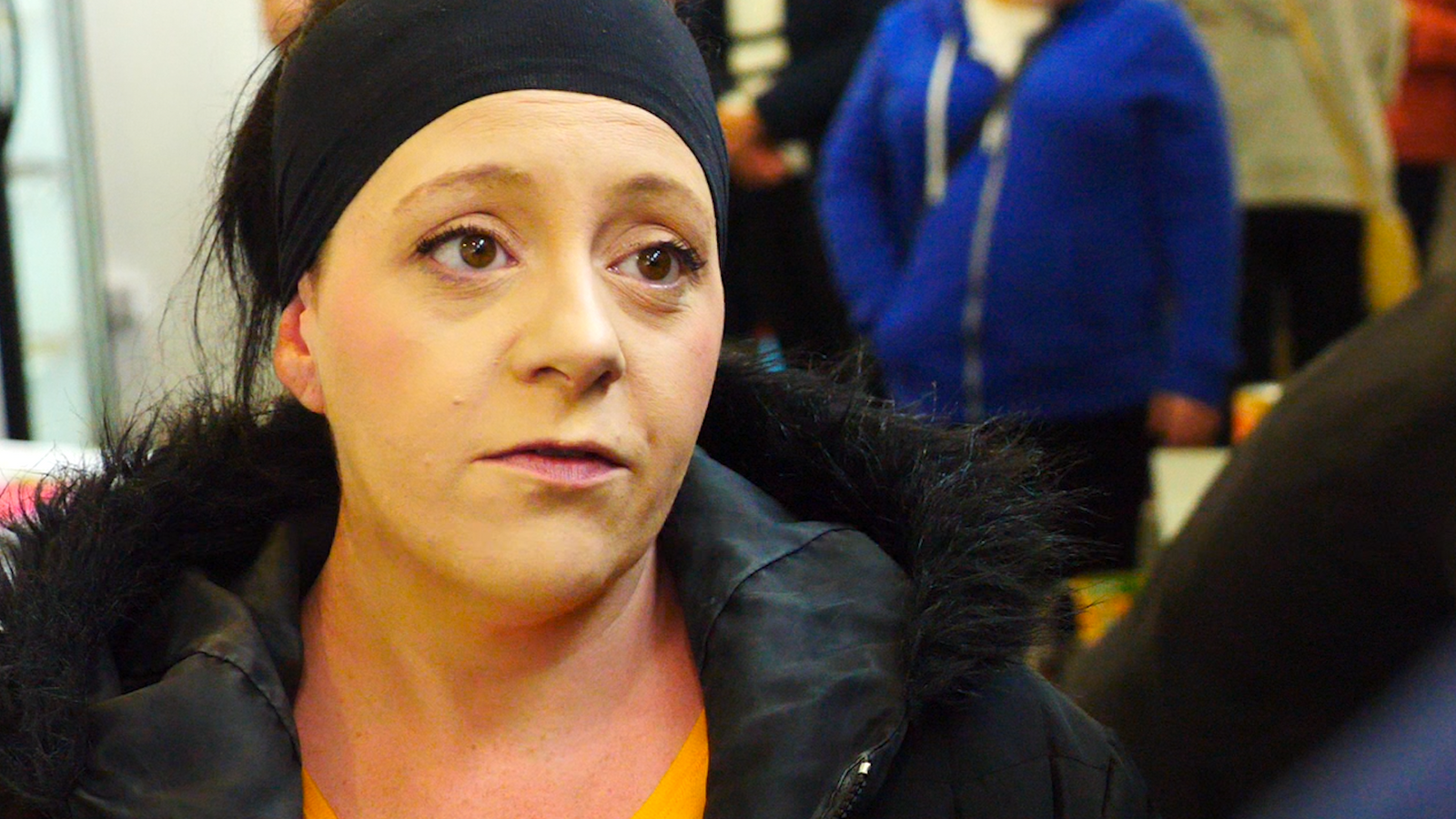 Parts of Plymouth are amongst the poorest in England – and nearly a fifth (18.9%) of adults in Plymouth are over indebted – meaning they struggle to pay bills or have missed payments.

From fishermen to pensioners, food clubs to families – Sky News brings you a series of reports this week from the maritime city of Plymouth as the cost of living continues to rise.

In our third report, we investigate how the community is responding to rising prices.

In the back of St Aubyn’s Church, Reverend Michael Shaw is laying out donations for the weekly food club.

“I’m a church minister, my job is to help with spiritual needs, however for me, there’s a requirement to feed people when they are hungry. I don’t really want to be doing this. I would much rather be doing other things.

Michael is keen to stress this isn’t a food bank, it’s a club.

Anyone can sign up to be a member, for one pound a year – allowing them to fill a carrier bag for two pounds.

“What I’ve been surprised about is how quickly we’ve grown. We’ve come to 50 families in three months. It’s really quite crazy the sudden need that’s occurred.”

There is the usual bread, pasta, tinned goods – but also fresh meat and vegetables. The volunteers have even started handing out small slow-cookers to reduce the cost of actually preparing hot meals. Mother-of-four Bea Neary says that at the end of each week, there is no cash left

Mother-of-four Bea Neary arrives at the food club with her nine-week old son.

She says: “It just helps with the cost of living at the minute. Everything’s adding up so just coming here for this little bit extra just helps a lot.”

She tells us that at the end of each week, there is no cash left:

“You’re not left with (anything). When you go to the shops and get what you need – you’ve not got money for treats. Once the gas and electric – oh my god – it’s so high, so this helps. And everybody I see, I tell them about it, I see them here the week after.”

“I’m really worried about it. My anxiety is through the roof with it. If it wasn’t for places like this what would we do?”

Foodbanks and clubs have long been relied upon by those in need. But as the cost of living continues to rise, so does demand – and organisers are having to restructure how they cope.

On the outskirts of Plymouth, in an old office block, is the ARC (Aid Redistribution Centre). John Williams and his team receive, sort and distribute supermarket donations to around 35 charities, foodbanks and churches across Plymouth

The team receive, sort and distribute supermarket donations to around 35 charities, foodbanks and churches across Plymouth.

As he unpacks, John tells me demand is not slowing.

He says: “It’s not – and every week I’m being asked by a new group if we can support them.”

“They range from foodbanks, to soup runs, to church groups that support their own community. Community larders and fridges and that sort of thing. But also things like homeless charities and people who find themselves in dire situations and we’ll try to support them,” he adds. Parts of Plymouth are amongst the poorest in England

John hopes that despite prices going up for everyone, the people of Plymouth will continue to donate.

He says: “My experience of the people of Plymouth is they’re extremely generous – whether it’s supporting (after) the sad incident (shooting spree) in Keyham, people will come around.

“But obviously if budgets are being squeezed, people who had historically been donating into boxes in supermarkets may then be having to decide, ‘well I can’t afford to do this’,” he adds.

Parts of Plymouth are amongst the poorest in England – and nearly a fifth (18.9%) of adults in Plymouth are over indebted – meaning they struggle to pay bills or have missed payments.

The government’s latest round of financial assistance will help many of the city’s lowest earners – but as is so often the case, it is the community of volunteers helping on the frontline of this crisis.