Cost of living: ‘Rent rises mean I want my landlord to evict me’ 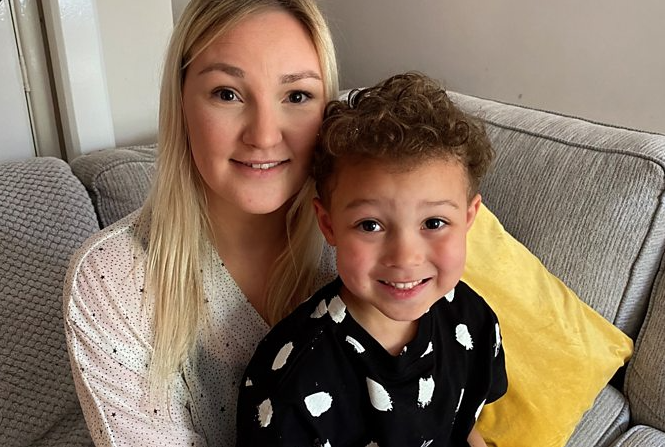 Money is so tight for Amy Jones that she asked her private landlord to evict her and her son so she can be considered for social housing.

The 29-year-old will risk homelessness after cutting back on food and heating to pay the deficit between her universal credit allowance and rent.

It comes as two students had to pay £27,000 up front to secure a Cardiff flat, due to rental market demand.

The Welsh government plans to consult on rent control for private rentals.

Rents are rising at the fastest rate for more than 13 years, according to property experts Zoopla. They said this is because of limited supply, caused by an “exodus” of private landlords.

Last month, Wales had the biggest annual jump in rental prices outside of London – up 13.9% to £882 per month according to Rightmove.

That kind of “obscene” rent increase leaves people like Amy “desperate”, trying to find a suitable and affordable home for her and five-year-old son Amari. 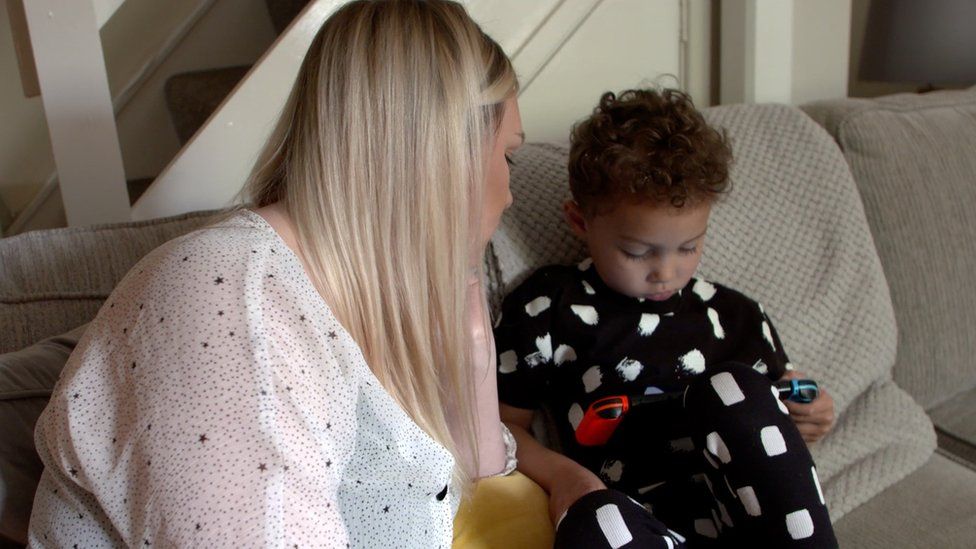 “The prices have just gone crazy,” said the single mum, who used to work as a hair extension specialist.

“They’ve just gone way higher than what anyone can afford.”

Her current two-bedroom terraced home in Aberdare in the south Wales valleys has rising damp, so she needs to find somewhere else to live.

‘We already compromise on electric and food’

But her local universal credit housing allowance of £375 per month means she would only be able to afford social housing.

“I currently pay £475 per month,” Amy told BBC Wales Live. “But we’re looking upwards of £600 now to move to another two-bedroom house.

“We’re already tending to compromise on gas, electric and food. We don’t get to do a lot of activities outside of the home.”

With rises in her heating and shopping bills due to the cost of living crisis, Amy has asked her landlord to evict her in the hope the council would step in and help find the young family a home in Rhondda Cynon Taf.

“I’ve spoken to the landlord’s agent and basically asked for an eviction notice to see if that can help with the council,” said Amy. “We are really desperate.” 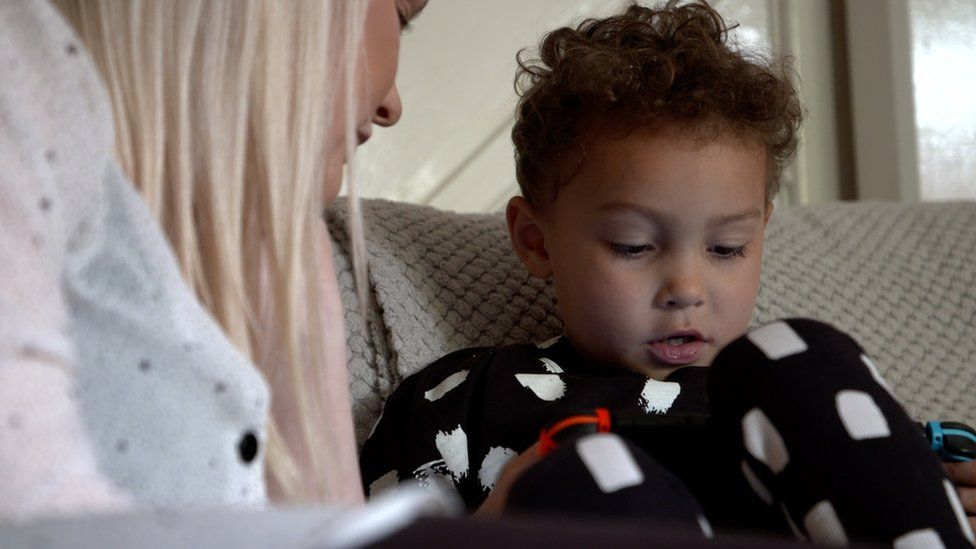 Amy said her mental health has suffered “drastically” since her first son, William, passed away at three weeks old, back in 2015.

“I haven’t always been out of work,” she said.

“My mental health took quite a bad dip towards the end of last year, so I had to come out of work and my income almost halved.”

Amy said she knew of others in similar situations, with one neighbour sleeping on the sofa every night so her two teenage children can have rooms of their own.

Properties can attract hundreds of people

Official data shows there are 27.8m households in the UK and latest figures show 4.5m of them are tenants that rent privately – up from 2.8 million in 2007.

Letting agents have said rental demand is surging with many properties receiving hundreds of inquires from prospective tenants each week.

“People approach us and say ‘I’m desperate, I’m willing to give you six-month’s rent upfront or a year upfront or even £50 extra per month on the rent,” said Aberdare estate agent Sophie Hill.

Another estate agent let a Cardiff city centre apartment near the Principality Stadium for £250 a month more than advertised because the tenants wanted it so badly. They also paid £27,000 rent up front.

“We had an apartment in Cardiff just opposite the stadium,” said David Gould, from The Landlords Letting Company in Talbot Green.

He added: “Quite often we get phone calls with people saying ‘I don’t need to see it, I’m desperate and I’ll take the property.’

“But legally we have to show them the property before they can apply for it.”

Why are landlords selling?

Letting agents have said the reason for the high demand is an “exodus” of landlords.

The number of private rental homes has decreased as there are fewer new private landlords entering the market to replace them.

Among the factors being blamed for the drop in landlords is the minimum 4% land transaction tax on second homes in Wales and increased notice periods for evictions.

Mr Gould said while he appreciated those policies could ease other problems, such as the increase in second homes in coastal communities, he believes the “carpet bombing” approach is having unforeseen consequences.

“It’s all had a massive detrimental effect on people buying to let in places like the Rhondda Valley, where a huge amount people find their property through the private rental sector,” he said.

“I’d say we’re losing about five to 10 properties a month from our existing portfolio. We’d probably lose five to 10 a year before, if that.

“We’re just one agency of many, if you add that up then it’s a huge exodus from the market.

“Without more private investors the future is bleak.

“Supply and demand control every market and at the moment demand is incredible and supply is through the floor.”

The Welsh government said it will consult on proposals for rent controls for private lettings, to ensure they are “affordable”.

“We believe everyone has the right to a good quality, affordable home and that local people should be able to achieve this in their local area,” said the Welsh government.

“We will be consulting widely to produce a White Paper, which will include proposals for a right to adequate housing with a view to establishing a system of fair rents (rent control) in the private rental market which are affordable for local people and new approaches to making homes affordable for those on local incomes.”

The UK government said it had given extra funding to tenants and was maintaining support for private renters to above pre-pandemic levels.

“During the pandemic we increased Local Housing Allowance significantly and beyond inflation, benefitting over one million households by an average of over £600 over the year,” said a Department for Work and Pensions spokesman.