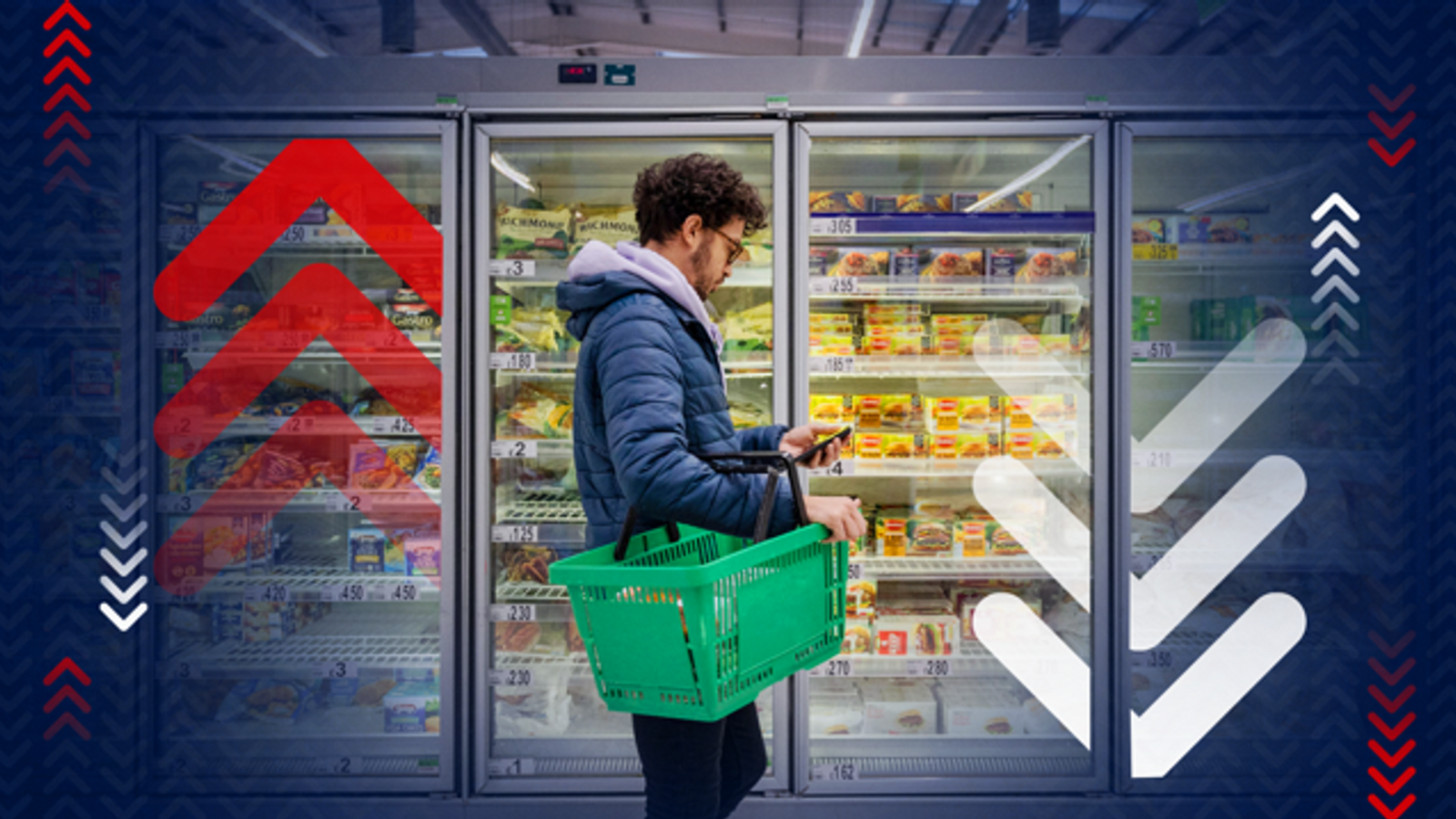 Industry data shows that shoppers are increasingly turning towards cheaper goods in supermarkets as the cost of living crisis forces up prices in-store and across the economy more generally.

Demand for supermarket value ranges has surged by 12% as grocery inflation hits its highest level in 13 years, according to closely-watched industry data.

Kantar Worldpanel reported that like-for-like grocery prices rose by an annual rate of 8.3% over the four weeks to 12 June, up 1.3 percentage points on the previous period.

It warned that the leap in prices, amid the wider cost of living crisis, meant that households were facing the prospect of paying £380 more for their shopping on an annual basis as supermarkets and their supply chains face up to mounting costs from things such as energy and fuel.

It represented a rise of more than £100 on the extra sum families were paying in April, Kantar said.

The rising cost of food and other supermarket goods are expected to be reflected in the inflation figures for May, due to be released by the Office for National Statistics on Wednesday.

Economists polled by the Reuters news agency expect a slight tick up in the annual rate from 9% to 9.1%, which would still result in a fresh 40-year high.

The May/June report by Kantar noted that in-store prices were rising fastest in markets such as dog food, butter and milk.

They were falling in spirits, it added.

Supermarket sales have largely been declining this year amid tough comparisons with coronavirus restrictions in 2021 that maintained high demand for grocery sales following the first lockdowns of 2020.

The report put some of that growth down to families and friends getting together in large numbers over the Queen’s Platinum Jubilee Bank Holiday weekend.

Fraser McKevitt, head of retail and consumer insight at Kantar, said: “Even with grocery inflation at a decade-long high, sales during the week of the Platinum Jubilee (to 5 June) were £87m higher than on average in 2022.

“Despite the rising cost of living, the British public got into the jubilee spirit in characteristic fashion. Alcohol sales were up by a third and purchases of ice cream increased by 35% over the week compared to the average in 2022.

“Many people tried their hand at the official Jubilee pudding, the lemon Swiss roll and amaretti trifle, and sales grew by 16% for lemon curd, 58% for fresh cream, 18% for Swiss rolls and 9% for custard.”

He said the inflationary pressures facing households continued to drive more people towards the arms of the discount brands, with Lidl leading the way in terms of growth in market share.

“Shoppers have swapped branded items, which have declined by 1.0%, for own-label products”, he said.

Sales of these lines, which are often cheaper, have risen by 2.9%, boosted by Aldi and Lidl’s strong performances, both of whom have extensive own-label repertoires.

“We can also see consumers turning to value ranges, such as ASDA Smart Price, Co-op Honest Value and Sainsbury’s Imperfectly Tasty, to save money and together all value own-label lines grew by 12.0%.”