Could strikes solve the cost of living crisis for Britain’s workers? 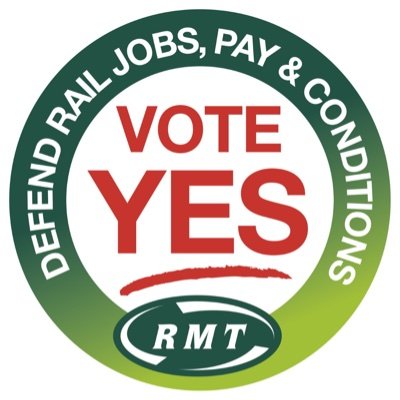 That the UK is a low-strike society and a low-pay economy is no freakish coincidence. In-work poverty is at a record high in large part because working days lost to strikes are at record lows. When unions were smashed by a combination of legislation, defeats and mass unemployment in the 1980s, we lost the most effective means we have to ensure that workers get a fair slice of the pie they make.

That’s why Boris Johnson’s proclamation that work is the best route out of poverty is trolling the nation from the prime ministerial pulpit. Most people living in poverty are in work. He may brag about healthy employment figures, but the fact that they are accompanied by an unprecedented crisis in living standards exposes the inequality baked into our economic model as people’s wages cannot meet the rising inflation in prices.

Millions of workers are deprived of a comfortable existence in large part because organising for better wages and conditions has been made so deliberately difficult. That the Tories are planning to further hobble an already battered labour movement should be understood as yet another assault on workers’ living standards.

In response to the National Union of Rail, Maritime and Transport balloting its members in support of industrial action, ministers are threatening legislation to make effective strikes illegal. The motivation for the proposed action is very straightforward: pay freezes – or, given inflation hit a four-decade high of 9%, a real-terms pay cut – and 2,500 job losses.

Those opposing the action highlight the supposedly exorbitant salaries of train drivers, which range from £20,000 to £65,000. They are the same people, of course, who wail about the “politics of envy” if the booming salaries of millionaire bosses are questioned. But the wages of train drivers are an advertisement for striking, not against. By taking industrial action – rather than being resigned to their lot – drivers have succeeded in driving up their pay.

The Bank of England governor, Andrew Bailey, has pleaded for workers to exercise “pay restraint”: an easy demand to make when you’re paid half a million each year, rather than say a care worker on £17,000, nearly 30 times less. However, surging prices have not been caused by rising wages, but by supply chain issues in China, rising energy costs and companies taking home windfall profits.

The response of workers to a crisis imposed upon them should not be stoic acceptance of their lot. We’ve had, regrettably, far too much of that. According to the High Pay Centre, the median CEO is paid 111 times more than the lowest-paid worker. We spend tens of billions of pounds a year on in-work benefits and personal debt has ballooned to unprecedented levels.

Workers who are unionised benefit from a so-called “wage premium” of between 10% and 15%, while the pay of non-unionised workers is dragged upwards by trade unions, too. The government doesn’t lack tools to fi​​x the cost of living crisis, such as hiking the minimum wage and social security entitlements, but strengthening unions is a no-brainer. After all, does anyone really think that countries such as Sweden – where nearly nine in 10 workers are covered by collective bargaining agreement, and where living standards are substantially higher than our own – are economic disasters?

Expect an escalating media blitz against the unions. Ours is a society in which working-class people are demonised for being too weak – for supposedly languishing in poverty because of a lack of aspiration; and for being too strong – for daring to fight for a just share of the wealth they create with their hard graft.

Yes, strikes are inconvenient, but is a day of disruption a more painful intrusion into millions of lives than leaving working people without enough money to pay their bills or feed their families?

If an example is to be made of Britain’s train drivers, it should be that they provide inspiration for workers to fight back. Low pay is a scandal and a national emergency, and it can be addressed if workers have the strength to demand what is rightfully theirs. If train drivers have the courage to reject collapsing pay, then so, surely, should a workforce that has resigned itself to stagnation and decline for far too long.