Firms are driving up inflation – why doesn’t Johnson talk to them about restraint? 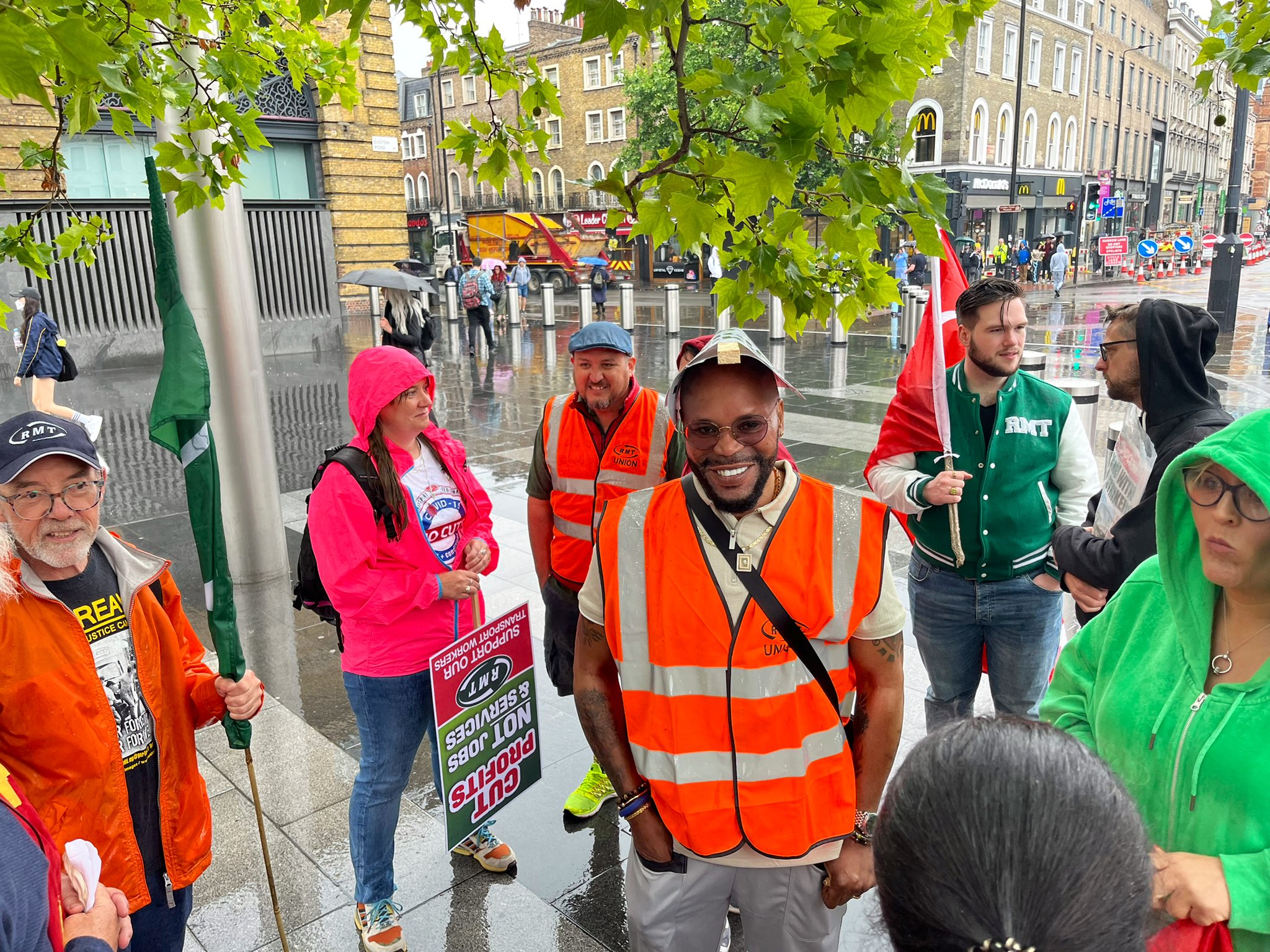 What a difference eight months make. At the Conservative party conference in October, the prime minister announced his plan for a high-wage economy. Last week, against a backdrop of rail strikes and thousands of unionised workers marching in London, he called for wage restraint. This placid-sounding term belies reality: wage restraint would mean workers accepting sharply falling pay given rocketing prices.

In the short term, inflation – most of which is caused by the rising prices of imported goods such as energy, food, metal and other commodities – poses a real cost to the UK economy that can’t be wished away. If firms expect prices to keep rising, this could become a self-reinforcing cycle. But it is the wealthiest who should be shouldering this cost. Meanwhile the government needs to get to work on unhooking our economy from fossil fuels and building resilient supply chains that would prevent inflationary episodes like this in the longer term.

Johnson’s call on workers to show restraint is a moral argument. It implies that workers must accept a huge hit to their living standards and their ability to save for the future in order to avoid runaway inflation – for the good of us all.

This moral duty is unequally distributed. Johnson hasn’t been asking business executives and their shareholders to show restraint in the profits they generate, or how these are distributed. While state pensioners will see their incomes rise in line with inflation, pay for experienced teachers had already been squeezed by 8% between 2007 and 2021. Overall, the Bank of England expects household disposable income to fall by 1.75% in 2022 – the second largest fall since records began in 1964.

What’s needed is a balanced approach that quickly reduces inflation while distributing its burden proportionally. In new analysis, Common Wealth and the IPPR, the thinktank of which I’m executive director, have dug into the profit side of this equation. Our findings are stark: up to the end of 2021, half of firms have retained or increased their profit margins compared to pre-pandemic levels. Looking at the largest non-financial companies, we find that aggregate profits surged by 34% over the same period.

The vast majority of this increase in profits is driven by just a handful of companies in a few sectors, with 90% of the profits increase accounted for by just 25 companies. Certain markets such as gas and other commodities have been the biggest winners. As a result of price spikes, including those caused by war in Ukraine, some companies are seeing their profits increase by billions of pounds – a handsome windfall. Last year, BP chief executive Bernard Looney even described the company as “literally a cash machine” for this reason. The basic materials sector has seen its net profits increase by £37bn; the energy sector by £12bn. Rather than being reinvested, most of the increases in energy and commodities profits are being paid to shareholders.

What’s more, if shareholders were bearing their share of the costs, we would expect the profit rate (profits as a proportion of revenues) to go down. Instead, the average profit rate had risen by the end of 2021 in the majority of sectors we studied, despite inflation and falling real incomes.

Our analysis raises the possibility that some firms could even be profiteering from this crisis – using their power in an uncompetitive market to push up prices under the cover of inflation. Although our data on this is not yet conclusive, it’s notable that the UK economy has some very concentrated sectors, such as mining and quarrying, in which five firms make 60% of revenues. Firms themselves have described being able to raise prices because of inflation. Regardless, one implication is clear: with real costs hitting the UK economy and fears of more generalised inflation, profit restraint should be part of the conversation. We need a balanced approach to distributing the costs of inflation. Putting the onus entirely on workers is not only deeply unjust – it’s also not good economics.

Fiscal policy also has an important role to play in managing inflation fairly. The government has already introduced a windfall tax on oil and gas companies. The rate could be raised. Next, it could – in concert with other governments – consider a tax on the windfalls being made by commodities companies, the receipts of which could be used to support households and boost supply chains. An excess profits tax could be put in place for firms found to be profiteering, discouraging the practice in the first place.

It’s been some time since the UK has had to deal with the visceral politics of inflation. Getting through this period fairly requires a clear-eyed view of who’s winning and who’s paying, and a plan to ensure it’s not ordinary and low-paid workers who are asked to take the hit.