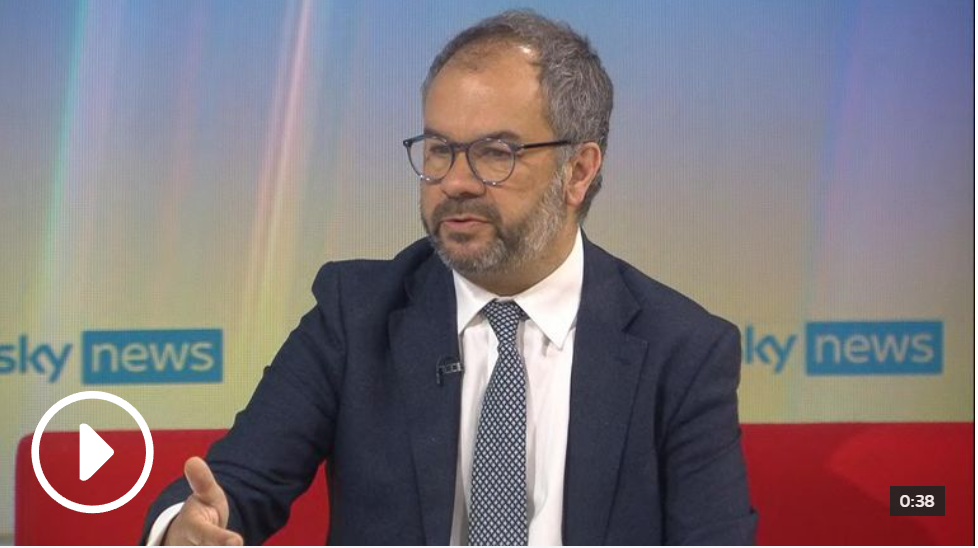 Paul Scully, the business minister, played down the immediate likelihood of tax cuts to help struggling households as he stressed the "tight" public finances and burgeoning national debt after the pandemic.

The government is trying to do everything it can to tackle the cost of living “storm” but cannot solve every problem or save every business, a business minister has told Sky News.

Paul Scully played down the immediate likelihood of tax cuts to help struggling households as he stressed the “tight” public finances and burgeoning national debt after the pandemic.

In addition, ministers are anxious to avoid any move that would further fuel inflation as the Bank of England predicted inflation will top 11% this autumn.

After the resignation of Boris Johnson’s ethics adviser, Lord Geidt, Mr Scully also insisted the prime minister wanted to draw a line under the partygate scandal arguing people were more worried about soaring costs and the squeeze on their finances.

Mr Scully said: “We are trying to do everything we can to tackle the cost of living issue. This is a global situation.

“We have got to do everything we can to weather that storm.”

Though he highlighted the support provided by the chancellor, including the lifting of the threshold at which employees start to pay national insurance, Mr Scully warned: “The government can’t solve every problem.

“It will not be able to save every business and work with everybody’s individual costs but we will do everything we can within the remit of keeping public finances tight as well.

“Because we are serving our national debt. We are paying something like £85bn just to service our debt – not to go to schools, hospitals.”

He also insisted talk of tax cuts would have to wait until the budget.

Mr Scully claimed it was a low tax government, despite overseeing the highest tax burden in 70 years.

He said: “The party’s general principle is to have low taxes.

“What I don’t want to do is write a budget months ahead.

“There won’t be tax cuts now because that will dealt with at a budget in the autumn.”

Cost of living has been soaring for months, with consumer prices index (CPI) inflation hitting a 40-year high of 9% in April when the energy price cap was hiked.

But the picture is set to deteriorate later this year, with the Bank of England raising its peak inflation prediction for October – when energy prices could go up even further – from 10% to over 11%.

Despite Conservative MPs calling for tax cuts, the Government will want to avoid making the situation worse and help push up mortgage rates.

Pressed over the departure of Lord Geidt, who said in his resignation letter that he quit after being left in an “impossible and odious position”, Mr Scully said the Tory leader was looking ahead.

He said: “In terms of the prime minister’s behaviour, he rightly wants to draw a line under the so-called partygate because people are worried more about the cost of living, what it’s going to mean for their mortgages and their bills in the days and months ahead.”