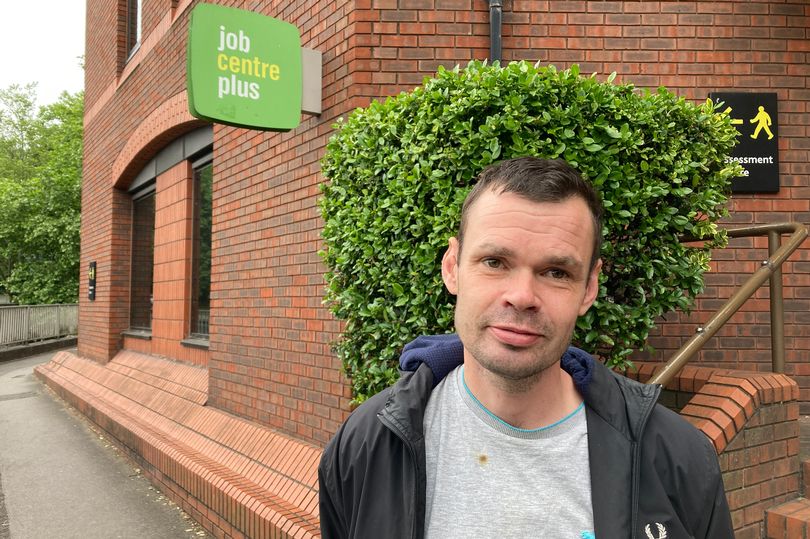 Surrey residents receiving Universal Credit said government ministers shouldn’t be judging on other people’s situations. The cost of living crisis is affecting millions of people across the UK with energy and fuel prices rising.

On the back of this, Conservative Rachel Maclean, safeguarding minister in the Home Office, told Sky News last Monday (May 16): “I think what we need to focus on now is over the long-term. But over the long-term we need to have a plan to grow the economy and make sure that people are able to protect themselves better, whether that is by taking on more hours or moving to a better-paid job.

“These are long-term actions but that is what we are focused on as a Government.” She went on to say that this may not work for everyone but that those with extra capacity could visit job centres to apply for either more hours or better-pad jobs.

SurreyLive went to the Jobcentre Plus in Guildford in Leys House in the town centre and spoke to five people who were using its services to ask about what they thought about Ms Mcalean’s comments and how the cost of living is affecting them.

Steven Powell, 36, lives in Guildford and has been out of work for around three years. He is receiving Universal Credit but described it as “next to nothing”.

He said: “They give us money but as soon as I get a job they want 55% of my wages – why are they taking 55%? What they should do is give me three months’ leeway and say ‘do what you want, get a job and save up a deposit and first month’s rent‘ and then I can move out of the system. But they don’t.

“The government isn’t doing anything to help. Yes, there are people that don’t want to help themselves but I do, which is why I’ve just had a very good appointment at the job centre. I’m trying my best to get out of it.”

A 41-year-old woman, who wished to remain anonymous, receives Universal Credit and said although she “gets enough” that it is “hard”. The former special needs assistant said about Ms Maclean’s comments: “Unless you’re in that position you can’t really make comment or judgement about other people’s situations.

“As far as I’m concerned they do really massively help you [at the Jobcentre] with trying to find work and putting you on courses. You can only get better paid jobs really if you’re trained and qualified.

“This is all very well but as you get to a certain age then you do have to pay.” She said she is hoping to attend a course with the NHS to be a health care assistant.

A single mum who lives in Witley and wished to remain anonymous told us: “I think if it was that easy [to work longer hours and have a better paid job] then everyone would do it. I work but I’m also a single mum and so I get benefits, which I wouldn’t be able to survive without to be honest. If I could get a better-paid job with good job prospects then I would. But at the moment it’s not possible.”

Unable to work due to operation

A man from Milford has been claiming Universal Credit for the past two months while he has been unable to work due to an operation.

The 34-year-old, who wished to remain anonymous, added: “At the moment they are just supporting that until I can get back to work. I’ve been quite lucky because I had back-up savings but the Jobcentre has been brilliant.

“They help out a lot and are fair. They try to cover what I had going out per month – obviously, it’s not 100% but it does help a lot. I don’t think it’s about the longer hours but I think pay should be a lot better. I mean the minimum wage is diabolical and the cost of living keeps going up. But the trouble is the price of work doesn’t go up and that’s the problem.”

However, another man we spoke to, who wished to remain anonymous, said: “If you want to earn money then you have to work harder. I think the government and the politicians are in their own world anyway.

“So go and earn your own money, work hard. If people are stuck in a job and they have a career, kids and a family then it’s very difficult. But if you’re fortunate enough to have choice then you can start your own business and earn more money.”