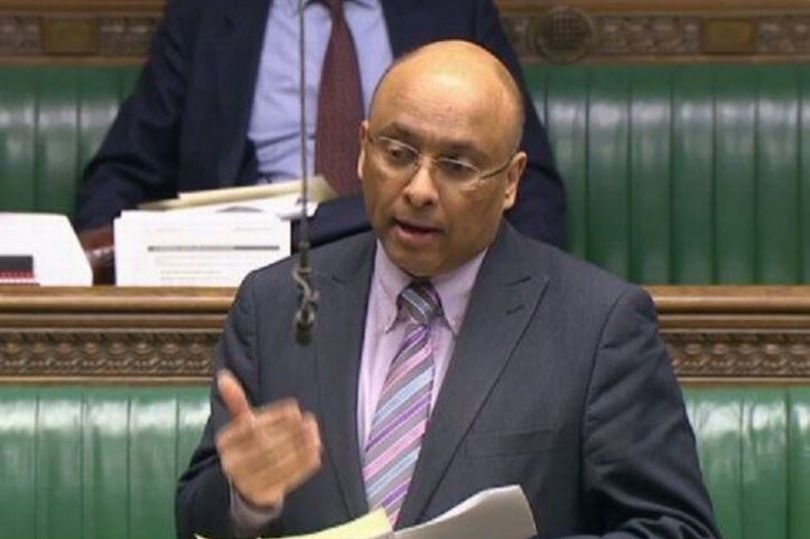 Preston’s MP accused the government of “total neglect” as he attacked the support it has offered during the cost of living crisis.

Sir Mark Hendrick said the help provided to deal with rising energy bills and increasing poverty is a “national disgrace”. His comments were made shortly before a government minister suggested that people struggling should consider working more hours or changing to a better paid job.

Sir Mark, who has represented Preston since 2000, said the recent Queen’s Speech should have been used to announce measure designed to tackle the crisis which stems from rapidly soaring prices across food, fuel, energy and much more. He said: “It’s an absolute disgrace. We’ve just had a Queen’s Speech with nearly 40 bills and the cost of living crisis hasn’t been adequately addressed.”

The Labour MP pointed to measures taken by the French company which he says both subsidise and limit energy bill rises and contrasted that with the UK where many households have seen their charges increase by more than double in recent months. Meanwhile, inflation is expected to surpass 8% this year meaning higher costs for everyday spending.

Sir Mark said: “The cap will disappear on energy and gas prices in October and they will literally go through the roof. It should have been the cost of living crisis Queen’s speech followed by an emergency budget, that’s what we’d do. The other thing we’d do, the gas and electricity companies have made an absolute fortune out of these price increases and we would have made sure there was a windfall tax to come back and go straight into people’s pockets by making sure that these bills are kept down.

“This government hasn’t done that, they’ve been totally neglectful and as for food banks, food banks have rocketed as well. Food banks are increasing all around the country. For a government MP to say it’s great that people are helping out – people shouldn’t have to be in this position. It’s an absolute disgrace and we should be ashamed of ourselves in this country that we’ve got a government that’s allowed this to happen in the 21st century in one of the richest nations on Earth.”

On Monday, Rachel Maclean, safeguarding minister in the Home Office, sparked outrage by suggesting that one measure for people struggling with bills would be to change jobs or increase their working hours. Ms Maclean told Sky News: “I think what we need to focus on now is over the long-term. We do have these short-term pressures on us that we’re all aware of.

“But over the long-term we need to have a plan to grow the economy and make sure that people are able to protect themselves better, whether that is by taking on more hours or moving to a better-paid job. These are long-term actions but that is what we are focused on as a Government.”

Ms Maclean said she was not “suggesting for one moment” that such an option would work for everyone. But she said those with extra capacity could visit job centres to apply for either more hours or better rewarded employment.

She added: “It may be right for some people, they may be able to access additional hours, but, of course, it is not going to work for people who are already in three jobs. That’s why we need to have the other measures, such as all the help we are putting into schools, the help with the local authorities … and that’s where we are going to target help to where it is most needed.”