Leanne Wood on the 1926 UK general strike, and the cost of living crisis 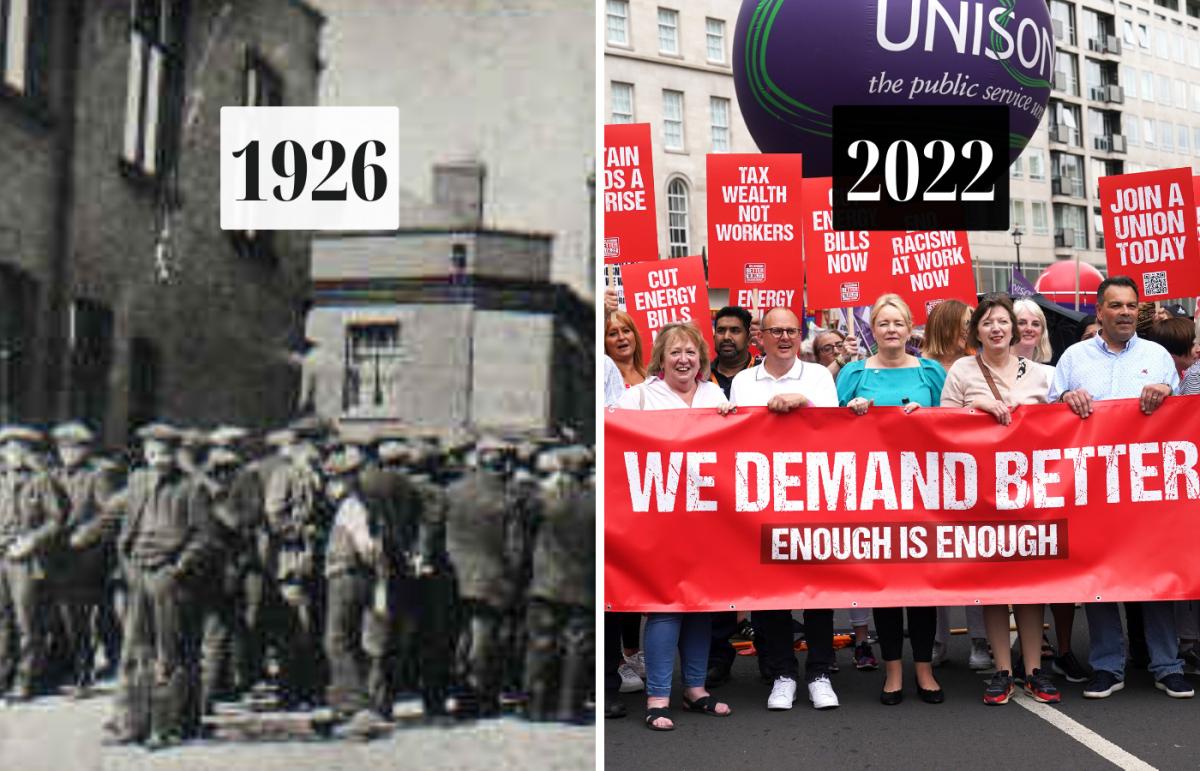 Stanza VIII of Gwalia Deserta by Idris Davies is a pretty accurate summation of the UK's nine-day general strike in 1926: the ‘great dream and the swift disaster’, culminating in the Trade Disputes and Unions Act 1927 which outlawed general strikes, sympathy strikes and mass picketing.

Fifty years on, working people are hammered again by Margaret Thatcher. New Labour does nothing to restore their rights.

Today, we see the consequences: Rising poverty levels among working people. Growing inequalities between rich and poor. The collapse of public services. The rise of the far-right and the persecution of minorities.

The economic outlook doesn’t look good either, according to the latest OECD forecast – so where are we heading? And what are we going to do about it?

There aren’t many options left.

Wales having control over employment law would enable us to prioritise, support and strengthen workers’ rights through the trade union movement.

Union membership has declined across the UK. In Wales, just a third of our workforce is unionised – very low compared to Nordic countries, where an average of 70 per cent are union members.

Why the discrepancy? Because in these countries, unions play a key role in formulating industrial strategy, and so workers are valued by employers and consequently want to be involved. Co-operation, rather than antagonism, works better for everyone.

In Wales, we already have the Workforce Partnership Council – made up of the Welsh government, employers and trade unions – to deal with cross-public service workforce matters. It’s an initiative which shows what’s possible and one I support.

I’m also supporting the planned industrial action by the RMT union and others next week, and I’d like to see other unions across the private and public sectors balloting their members in support. How powerful could co-ordinated action be?

Whether or not mass action will result in a general strike is debatable. Even if it did, the Westminster government would react with a heavy hand.

In response to the RMT’s initiative, the Tories are already planning legislation to bring in scab labour in the event of a strike, which is exactly what they did a century ago.

But it could be the start. The touch paper.

Back in the 1920s it was the miners, the dockers and the railwaymen – the Triple Alliance – which led the way.

The miners as a force are now long gone – so too the dockers.

The railway workers remain, but they cannot carry the burden alone.

Now, more than ever, we need “the bravery of the simple, faithful folk.”

And we need to dream again.