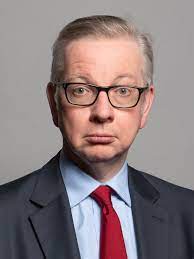 Britain faces “tough times” ahead as the Government and Bank of England act to “squeeze” inflation out of the economy, Communities Secretary Michael Gove has warned.

As the Bank’s Monetary Policy Committee raised interest rates to 1.25% on Thursday Mr Gove said the UK was undergoing a “painful” economic “correction” as a result of the war in Ukraine and the aftermath of the pandemic.

It is the fifth time at consecutive MPC meetings that the cost of borrowing has gone up since December. It is the first time that rates have been above 1 per cent since January 2009.

The Bank revealed that its economists are now expecting inflation to peak at just over 11 per cent in October when the next revision of the cap on energy bills kicks in.

Speaking at The Times CEO Summit in London, Mr Gove said that while the Government had a duty to help the “very poorest”, the pressure on the public finances meant it was unable to provide the level of support to people that it would like.

“We do definitely need to have a monetary policy that squeezes inflation out of the system and that will mean undoubtedly that we need to maintain control of our finances and that we need to ensure in the difficult period over the next few years we are not knocked off our course.

“I think it is inevitably the case that, when you are squeezing inflation out of the system, you will rely on the Bank of England and the Government having the fiscal and the monetary policies which will inevitably mean we cannot do all the things that we would in ideal circumstances like to do in order to support people through a difficult period.

“I think it is an unavoidable consequence of the central bank policies the UK and others have had to follow. There are inevitably tough times ahead for the UK and the global economy.”

Mr Gove, whose department is responsible for the Government’s “levelling up” agenda, said it was essential to address the UK’s regional inequalities otherwise “the problems in all our country will persist and deepen”.

He appealed to business leaders to look to areas outside London – including in some of the “red wall” seats which the Tories took from Labour at the last general election – when considering where to locate new investment.

The MPC voted on Thursday by a majority of 6 to 3 to increase Bank Rate by 0.25 percentage points . The three members in the minority voted for a more dramatic half point rise to 1.5 per cent.

The pound initially slumped one per cent against the dollar after the noon announcement but recovered to stand down around 0.4 per cent.

The move will mean higher costs for business and for millions of home owners with mortgages or personal loans. For a London first time buyer with a typical £250,000 tracker mortgage bills will go up by £30 a month. For borrowers on a larger £40000 mortgage the increase will be £48.

However, the impact will not be felt initially by the three quarter of borrowers on fixed deals.

Further rate rises are expected over the coming months increasing fears that the rapidly rising cost of borrowing will tip Britain into recession. Inflation hit nine per cent in April, fuelled by a spike in energy prices caused by the war in Ukraine.

Susannah Streeter, senior investment and markets analyst, at Hargreaves Lansdown said: ‘’Inflation risks being a slow poison for the economy, so the Bank of England is trying to take an antidote now by raising interest rates.

However, it can only take a small dose at a time given the ailing nature of the economy. So, it’s stuck with a 0.25 per cent rate increase to 1.25 per cent, with more hikes to follow. It’s not following the prescription written by the US Federal Reserve of the more potent medicine of a steeper hike due to fears a deep recession could follow. The US central bank hiked rates by 0.75 per cent yesterday, more than it had initially planned given the worries of spiralling prices.”

Andrew Hagger, Personal Finance Expert of Moneycomms.co.uk said: ”The latest hike in mortgage payments will be a hammer blow to households up and down the country, who are facing a tsunami of increased costs for essential goods and services.

“Those customers on a fixed rate will be shielded for now, but when their fixed rate comes up for renewal, some will face a triple-digit monthly payment increase”.

Freetrade analyst Gemma Boothroyd said : “The rate rise will ripple through the market, hitting firms with differing intensities. We’ve already seen companies in growth mode take a share price hit as lofty valuations look even harder to justify amid rising rates. Now, the sting will probably be felt among even the reasonably priced companies.”

The Fed has already raised rates twice this year, by 0.25 per cent in March and another half point in May.

Federal Reserve chairman Jerome Powell said: “It is essential that we bring inflation down. Inflation has obviously surprised to the upside over the past year and further surprises could be in store.”