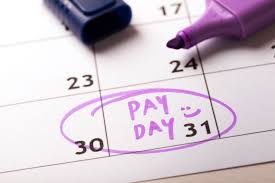 Campaigners fighting for employers to pay a living wage has announced it will be bringing its new 2022-23 rate announcement forward from November to September in response to the rising cost of living.

The Living Wage Foundation calculates the living wage rates annually and normally announces them in November. The rate is currently £9.90 in the UK and a higher rate of £11.05 to reflect the higher cost of living in London.

The campaign group is encouraging employers to pay staff the rate as soon as possible. According to the foundation’s website, there are currently 135 local authorities paying a living wage.

Katherine Chapman, director of the Living Wage Foundation, said: ‘Over 10,000 employers have already made the commitment to do right by their staff and pay a wage in line with living costs. In addition to paying the Living Wage, it has been brilliant to see Living Wage Employers leading the way with many creative and impactful initiatives to support staff with the cost of living over the past few months.

‘Rising prices are eating away at all of us, but nobody is feeling the pinch more than the 4.8 million low paid workers across the UK. It’s never been more important that employers who can afford it protect those who will be most affected by price rises by paying a wage based on the cost of living.’