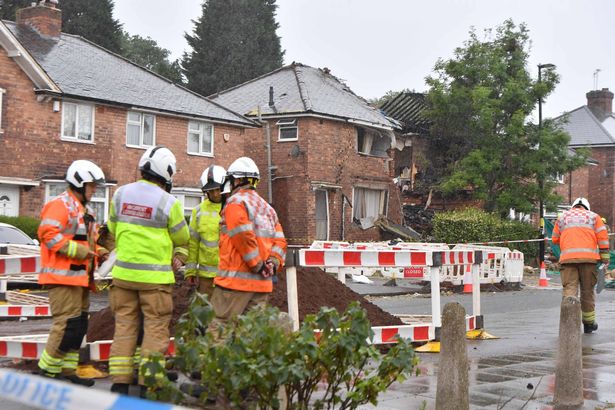 Gas Safe Register finds almost one in three not booking annual gas safety checks due to cost of living crisis.

The risk of catastrophic gas blasts is being heightened by cash-strapped homeowners skipping checks for potentially deadly faults, safety experts have warned.

Cookers, fires and boilers left unchecked can cause leaks, which “lead to fires and explosions that cost lives and shatter neighbourhoods,” said Bob Kerr, the gas services director at Gas Safe Register.

The body, which operates under agreement with the Health and Safety Executive (HSE), found that almost one in three householders will skip booking an annual gas safety check this year, due to the cost-of-living crisis. A boiler service costs about £80 while a gas safety check for three appliances costs about £60.

The warning comes as investigators concluded a gas leak from internal piping was responsible for huge explosion last Sunday at a house in Kingstanding, Birmingham that killed Doreen Rees-Bibb, 79, and critically injured a man.

The incident is the latest in a series of rare but devastating blasts in the past two years caused by faulty appliances or broken gas mains from Portsmouth to Yorkshire.

Four gas explosions that destroyed homes examined by the Guardian have been caused by defective appliances or canister supplies inside homes. Three more were caused by gas seeping into properties from cracked or corroded mains supply pipes, a problem that is being tackled by a national gas mains replacement programme, which has another 10 years to run.

The Birmingham blast adds to 12 other fatalities and 179 injuries caused by gas explosions and fires in Great Britain in the past five years, according to figures from the HSE. On average, there have been 31 blasts a year, often leaving communities and homeowners traumatised.

“There should be help for those struggling [to afford gas checks], this is such an important thing to have done,” said Darren Cornish, who was inside his mother and father’s house in Bude, Cornwall, when a gas blast levelled the property in January 2021.

“People have less money now to spend on maintaining these very important appliances, therefore leaks are becoming more of a problem.”

A pipe running into the house from two gas bottles had split and leaked into the wall cavity.

“I checked the gas hob. Mum unfortunately wasn’t thinking and lit a flame to check the oven wasn’t leaking and it ignited the gas around us which went to the walls to find oxygen outside, hence the walls all blew out and three tons of roof were resting on one internal wall,” he said. “We were so lucky to be alive.”

One problem has been corroded or cracked mains pipes that leak gas into the ground, which finds its way under houses and into wall cavities. Since 2002, the gas network companies, including Cadent and Southern Gas Network, have been replacing 300,000km of decades-old cast iron mains pipes with plastic as well as narrower steel branch pipes, which feed gas to individual homes. Cadent said it is 75% of the way through its programme.

Michael McCormick survived a huge blast last year at his home in Portsmouth caused by a leak from the branch pipe, which was so corroded it was split into two. Gas flooded the cavity beneath the ground floor and was ignited by a candle.

“I felt the blast wave flying past me,” he said. “It was like two hands [pushing] in the middle of my back. My wife [who was upstairs] felt the floor lift up and back down again.”

Records show the gas main had been switched for plastic in the 1980s, before SGN took over the network, but the service pipe had been left, he said. SGN said an investigation by HSE found “SGN had no case to answer”.

“I am very concerned there are other houses out there,” McCormick said. “We were just extremely lucky. They definitely need to accelerate [the mains replacement programme]. They need to do something to stop people being hurt and being killed.”

Hazel Wilcock, 61, was killed in a blast that demolished her terraced house near Bury in February 2021 while she was on a video call with her partner.

The coroner, Joanne Kearsley, concluded: “On the balance of probabilities the explosion occurred due to a buildup of natural gas in the basement of the property, which had accumulated there due to a fracture in a gas main pipe some 35 metres away … The gas is likely to have travelled from the site of the fractured pipe via a water gully … It reached a level in number five, which was explosive, and is likely to have ignited due to electrical appliances, which were present in the basement.”

A HSE spokesperson said: “We take gas safety extremely seriously. There are more than 22m homes on the gas grid so these incidents are rare, although they can be very serious. The gas networks have responsibility for maintaining pipes while HSE monitors compliance and investigates incidents in certain circumstances.”

The Energy Networks Association said: “Our members have already replaced over two-thirds of their gas main networks within 30 metres of any building. Steel and metal mains and pipes are now replaced with polyethylene, the safer and more durable modern plastic replacement material.”