The cost of living: an avoidable public health crisis 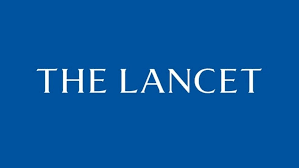 As annual inflation rates in high-income countries approach 10%, a growing number of people are being forced to choose between feeding their children and paying their bills. Stories of families missing meals, wearing winter coats in unheated homes, and living in the dark fearful of escalating energy prices are becoming too common.

A global recession looms. Disruptions to supply chains—caused by the COVID-19 pandemic, the climate crisis, and the Russian invasion of Ukraine—have pushed the cost of living up dramatically for millions of people around the world. Governments have cut back on the social protections communities had come to rely on during the pandemic. As annual inflation rates in high-income countries approach 10%, a growing number of people are being forced to choose between feeding their children and paying their bills. Stories of families missing meals, wearing winter coats in unheated homes, and living in the dark fearful of escalating energy prices are becoming too common. The cost-of-living crisis has surpassed COVID-19 as the main concern for many communities.

According to a survey done by The Food Foundation, one in seven (7·3 million) UK adults, and 2·6 million children, were food insecure in April, 2022. The Trussell Trust, a charity with the UK’s largest network of food banks, has supplied more than 2 million emergency food packages annually since 2020. It is astonishing that so many people are unable to meet their basic needs in some of the world’s wealthiest countries. The war in Ukraine is also threatening those in low-income and middle-income settings. Interrupted exports of wheat and cooking oil are creating food shocks in countries such as Egypt and Tunisia. And this worldwide political emergency is only going to worsen. The EU has revised its growth forecasts for Eurozone countries downwards for 2022, from 4% to 2·7%. Growth will decline further in 2023, to 2·3%. The result will be reduced net incomes, higher unemployment, and rising rates of social precarity. The Governor of the Bank of England has invoked the vision of an apocalypse to sum up the present crisis.

Allowing a worsening cost of living to drive more people into poverty will have serious consequences for population health, as the evidence published in this issue of The Lancet Public Health highlights. A systematic review by Rachel Thompson and colleagues emphasises the health impacts of poverty—especially the relation between changes in individual or household income and mental health and wellbeing. Importantly, exposure to poverty at a young age can have implications across the life-course. The study by Davara Bennett and colleagues reports that increases in child poverty levels in England between 2015 and 2020 were associated with more than 10 000 additional children entering state care. David Batty and colleagues’ systematic review reports evidence that a history of temporary out-of-home care in childhood is associated with an increased risk of early adult mortality compared with people with no history of early-life state care.

In countries such as the UK, where government action to mitigate the cost-of-living crisis has been minimal, the need for bolder intervention is urgent. By allowing children to fall into poverty, society is failing them now and in the future. A modest uplift in social security benefits could be of vital help in keeping many households solvent. The UK Government decision not to increase state benefit payments in line with inflation could push 600 000 people into poverty, of whom around a quarter are children, according to the Joseph Rowntree Foundation. The UK is not alone. All governments must urgently fulfil their social responsibilities. For example, for the new Prime Minister of France, Elizabeth Borne, her number one priority must be to find ways to materially protect citizens who have expressed their frustrations, both at the ballot box and in street protests. Government indifference is a real danger to social order.

Good nutrition, shelter, and the ability to lead a dignified life are essential foundations of good health. If unaddressed, rising living costs will leave people in health-harming, even life-threatening, situations in the short term, while embedding a public health timebomb for the future. For children, many have already faced educational and health challenges during the pandemic; adding a cost-of-living crisis will only worsen their prospects. Governments face a choice: to ensure that citizens can maintain a decent standard of living during this crisis or to allow population health fragment further. Instead of economists sounding the alarm, public health leaders must step up and speak out about the health consequences of failing to protect communities from the cost-of-living crises engulfing nations.