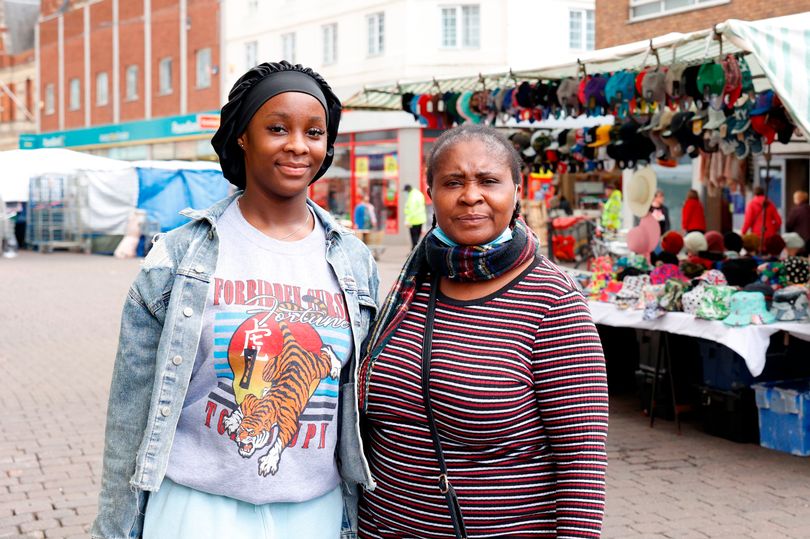 Londoners on the breadline say they are bearing the brunt of an age old problem.

People in one of London’s most deprived boroughs are putting food back at the checkout, worrying about the weight of their children, and opting for spaghetti over fresh veg just to stay full. A triple whammy of runaway inflation, soaring petrol prices, and rising energy bills is putting untold pressure on the least well off – many of whom are still recovering from a pandemic which cost lives and jobs.

But, there are some in the East London suburb of Barking and Dagenham who say “life has not changed”. Formerly part of Essex, Barking has been served by the London Underground since 1908, becoming part of Greater London in 1965. Despite being part of the wealth capital of the world, in 2019 it was ranked the most deprived borough in London and as the fifth most deprived in England.

As a result, Barking and Dagenham is a number one priority area for the Levelling Up fund, but the recent white paper allocated just £3.93 per head. In contrast Sajid Javid’s constituency, Bromsgrove in Worcestershire, will receive nearly £148 a head – despite being one of the wealthiest areas in England.

Barking retains the feel of a market town. Commuters spill out of a station lined with food stalls, and the market properly bustles near the town centre. The main road is lined with fast food restaurants – catering for London’s most obese children – betting shops, and grocers and butchers vying for the endless stream of customers.

Margaret Ewulomi, 54, from Massey House in Bow has walked the length of the high street “just to get a bargain” on fish. Like most food, it has gone up. As she haggles with the fish monger her daughter Chichi Nwafor, 18, stands outside guarding a pile of blue plastic bags stuffed with food.

Out of earshot from her mum, she describes the stress her parents have been under trying to meet rising food costs and her travel expenses. “They are under pressure,” she says. “She is pressurised to make the cost more minimised. Before we would not buy this many things in one go. Because of the cost of living she’s minimising everything she’s buying now.

“For her job she drives long distances so she always worries about petrol costs. It’s not changed too much because she’s always had to worry about stuff, but she has had to worry more now. She’s a single parent with two kids, myself and my brother. As we grew older the cost increased but the cost of living has had an effect.”

Chichi is due to head to Nottingham University in September, but she’s already been working in care for a year so she can afford to spend on herself. “I needed extra cash to help my mum out and have extra for myself,” she explains. Like many families on a tight budget, children take responsibility for their finances from a young age.

Her mum Margaret suddenly emerges looking stern. She said: “Life has not changed, but the cost of living has changed – everything is expensive. I just get on with life, that’s it. There’s nothing you can do about it, you just kill yourself more.”

She’s not alone looking to make every penny count. Shoppers pick through goods breathlessly on the market tables, eyeing up the biggest vegetables before cutting a better deal across the road. For the traders it’s never been easy to make a living among such fierce competition, but clothing man Nick Bedwel, 46, says petrol prices have been particularly damaging.

Filling up the van he uses to carry wares has shot up from £70 to £100 in under a year. “We are running on lost profit now,” he says. “We are taking a hit to keep customers. Some things we are working on 50p margins, it is a ridiculous mark-up.”

While the pandemic and war in Ukraine have brought the cost of living crisis to the fore, the number of people struggling to survive has been rising for years. Foodbank use in London has more than doubled in the past five years alone, going from 137,248 visits in 2017 to 283,563 in 2021, according to data from poverty charity the Trussell Trust.

Though poverty in London has actually fallen in the last 20 years (to 27 per cent), population growth means the number of people in poverty has increased from 2 million to 2.4million, according to City Hall. The number of people sleeping rough in London also spiked last year to over 10,700, continuing a long term trend.

Stephanie Jonine, 38, from Estuary Road marches towards the station as she describes the current focus on the cost of living as a “middle class problem”. “I do not really think it has got worse,” she exclaims, “I think it is the same, my cost has not increased. I would be lying if I said times weren’t the same. I was struggling before and I am struggling now, there’s not much difference. When I do my outgoings I actually do not have anything to play with. That’s how it has always been since when I left home.”

“I think people have been complaining since 2008. You moan about it and nothing changes,” says another mum pushing her buggy past. Her friend Sophie Sullivan, 22, from Dagenham, says there aren’t enough opportunities for young people. She explains: “Everyone I speak to says ‘have a baby’ or ‘go homeless’.” Both agree that childcare costs “the size of a mortgage” are another thing people aren’t talking about.

There’s a noticeable political tension in Barking and Dagenham – which is a red wash Labour council. Despite many of it’s residents suffering the same financial difficulties, there is disagreement about who to point the finger at. Artist Venessa McLean, 46, blames Brexit for the “abominable” cost of living, asking “What type of pressure are you putting on the unemployed, the job system, the system there to help?”

“People have been struggling for a long time now I think things have got out of hand because the government is not paying attention. It’s a capitalist society for the upper class. I do not think this government is in touch with the grass roots and the reality that people face, maybe because of the types of people in government.”

In contrast, West Ham fan Barry Holmes, 75, from Upton Park, isn’t convinced it’s the government’s fault, instead blaming Labour leader Sir Keir Starmer for the mess. “Cost of living?” he says, “nothing wrong with it, the one thing that’s bad about it is the Labour party – all they want is your money, they want to tax everything and waste it”.

Rishi Sunak’s multi-billion pound financial package – announced on Thursday (May 26) – shows the government has woken up to the economic pressures people are under, even if it took a massive U-turn on a windfall tax for energy company profits. The chancellor’s pledge of £400 towards every household’s energy bills is welcome news to pensioner Sheila Salter, 79, who admits: “I do worry about the heating bills and council tax”.

A 15 minute walk from the market is the Gascoigne Estate – in the 10 per cent most deprived areas in the whole country. Having come to town to look for deals with her daughter, Mary McCarthy, 30, admits: “we are finding it very hard”. She says her energy bills have shot up by £2,600, and the cost of feeding is even worse. She adds: “It’s terrible since the food went up. We can’t afford it anymore to feed ourselves. It’s affecting my daughter very badly – she has lost weight. We believe the government should be helping us out.”

The Adult College of Barking and Dagenham is hidden down the road. It is home to the coroner’s court where Barking’s dead are consigned to history, and a foodbank where the living pick between the detritus of the reduced section. A man shuffles in with his hood up and stares at a white table before filling his bag with bread.

Alain Miah works in a grocery shop so you would think getting food isn’t a problem, but the 52-year-old dad from Newham says ‘it is’. “There has been an increase in rent and my work has been halved,” he explains. What used to be a 50 hour week is now only 25, not enough to support his wife and children. “Last year I was okay but now I am poor,” he continues “I eat the old bread but it’s not for my children because they won’t touch it”.

An exhausted looking mum changes her baby’s nappy, facing into the wall. As she stands up to leave she fills her buggy with carbs from the emptying table. Helen Abuchi, 39, from Barking has been waiting for her right to work since she fled Nigeria in 2007. Her 3-month-old son wails as she describes the sacrifices she makes to keep him healthy.

“Boy, I have noticed a difference,” she says. “Things have really really gone up. When you get to the till you understand you have shopped more than you should and realise you do not have enough money. I have had to put stuff back of course. Normally I have to cut fruit and veg and buy enough spaghetti to get people full up. But I do not do that with my kids, even if I don’t, my kids will always be looked after and fed.”

By nature this ‘crisis’ has pushed people over the edge. People on decent incomes say they “have to think” now, while the poorest simply can’t pay and leave their food at the till. The government package will be welcomed by all, but economic forecasters say it won’t be the last – the Bank of England is warning of a recession, despite the Prime Minister saying it is avoidable.

Politics isn’t trivial to the people of Barking, they have passionate views about who to blame for living costs and what constitutes a party. But there is more important fish to fry, and it seems most are wondering why it took disease and war for people to take notice of a problem they have faced their whole lives.