There’s a simple way to fight the cost of living emergency: a £15 an hour minimum wage 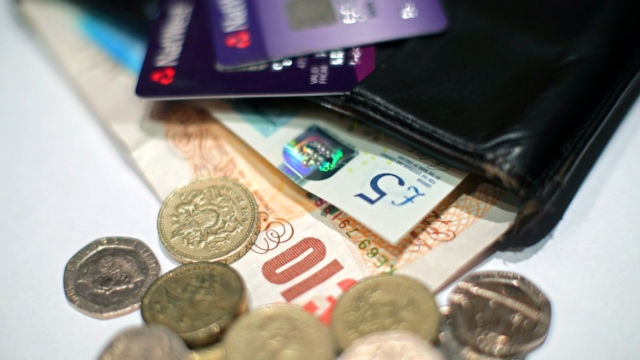 Opponents say this will lead to a wage-price spiral – but that’s an argument that’s stuck in the 1970s. Nadia Whittome is Labour MP for Nottingham East

While government ministers are once again focused on saving their own jobs, away from Westminster people are still struggling to stay afloat. There is rightly a focus on rising prices, but not nearly enough on the other side of the coin: low pay. Put simply, people are struggling to pay their bills because their wages are not keeping up.

This is not new. Average pay is still less in real terms than it was in 2008. More than a decade of wage stagnation has meant that sharp price rises have hit workers harder. A low-wage economy is a fragile one and, as we have already seen, can quickly result in people choosing between heating and eating, or unable to do either. In one of the richest countries in the world, this is the result of a political choice – and a repugnant one at that.

Workers deserve a pay rise, and we should be fighting for a £15-an-hour minimum wage. According to new research from the Progressive Economy Forum, £15 an hour isn’t just the right thing to do, it makes economic sense – compensating for stagnating wages over the last decade and providing some defence against high inflation. If introduced in 2024, instead of the proposed rise to £10.50, the poorest 70% of households would see a 6.9% increase in their incomes, with the worst off benefiting the most. Alongside other measures, such as increasing benefits for those unable to work and banning zero-hours contracts, it could be transformational for those on the lowest incomes.

£15 an hour is affordable. Even accounting for the increase in public sector wages, the government would still be £25bn per year better off from the change, as a result of spending less on universal credit payments and collecting much more in income and other taxes. Many large companies have made huge profits in recent years, and can afford to redistribute those from executive pay packets to lower-paid employees. For example, the CEO of Shell, which made a profit of £7.3bn in the first three months of this year alone, received a whopping £6m last year.

But what about small businesses? Ninety-seven per cent of all UK businesses employ 50 or fewer staff. The government could use its increased finances to compensate these businesses for the additional costs of the measure. For example, it could lower the amount of tax a small business pays to offset the cost of paying higher wages.

Sitting on his half a million-pound salary, the governor of the Bank of England has said workers should not be asking for pay rises, for fear of a wage-price spiral. But as with so many economic and political arguments today, politicians and economists need to be reminded, by someone who wasn’t even born then, that we are not in the 1970s any more.

Wages have barely risen since 2008, and are now falling well behind price rises. Cutting the pay of workers in Britain won’t end the war in Ukraine or reduce the price of gas from Qatar. What we face is more like a price-profit spiral, as companies such as BP and Shell make astronomical profits from high prices. We need stronger trade unions that can win bigger pay rises for everyone – this means repealing anti-trade unions laws, as well as taking action to support the lowest-paid members of society.

A £15 minimum wage is a demand backed by trade unions and was voted for by Labour members at our conference: it should be adopted by the Labour leadership to set out a bold alternative to this floundering Conservative government. “Fight for $15” has become a rallying cry for US campaigners who succeeded in pushing Joe Biden to introduce it as a minimum wage for all government workers. Here, it could unite campaigners inside and outside the Labour party, and while Boris Johnson blusters about levelling up, this policy would have particular appeal to people outside London, who are disproportionately affected by low pay.

When the minimum wage was introduced by Labour in 1998, there were endless scare stories about what it might do to the economy. The Conservatives opposed it on the basis that it would fuel unemployment, but they were proved wrong. Higher wages don’t just ensure people have enough money to pay their bills, they also mean more cash is spent on local high streets, boosting the wider economy in the process.

The introduction of the minimum wage was groundbreaking, but we’ve stalled in our progress since then. We need a bold next step to jump-start us out of endless wage stagnation. It’s time to fight for £15.