UK economy shrank by 0.3% in April in cost of living crisis – what it means for your money 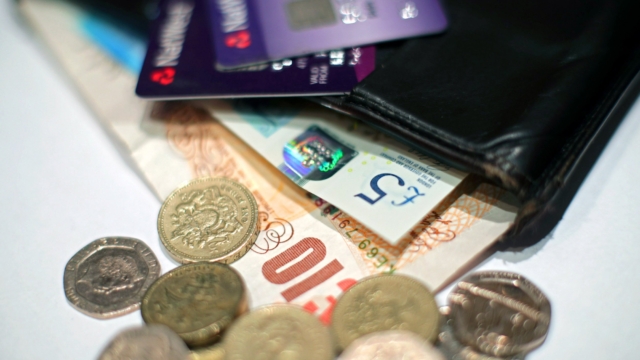 The economy slumped unexpectedly by 0.3 percent in April amid a cost of living crisis, new figures show.

All three main sectors, services, industrial production and construction declined as GDP contracted for the second consecutive month, according to the Office for National Statistics (ONS).

It followed a 0.1 percent contraction in March as households grapple with soaring energy and food costs.

Today’s announcement of a fall in GDP is worse than economists had predicted, with a 0.1 percent increase expected in April by some City analysts.

The Bank of England has warned of a “sharp economic slowdown” amid fears the UK could be plunged into recession, which is calculated as two consecutive quarters of GDP decline.

What do the ONS figures show?

The latest ONS analysis show that in April services contracted by 0.3 percent, which was the main contributor to the overall decline in Britain’s GDP.

Manufacturing dropped by 0.1 percent and construction fell by 0.4 percent.

Production and construction also fell by 0.6 percent and 0.4 respectively, marking the first time that all main sectors have contracted since January, 2021.

Overall GDP, which is the main way of tracking how the economy is faring, slumped by 0.3 percent.

Why was the fall in GDP so steep?

April’s drop in GPD was largely due to the “significant reduction” in the Government’s Covid test and trace scheme, the ONS said.

Soaring fuel prices hitting drivers and businesses at the petrol pump also contributed to the fall in economic output.

Economists polled by Reuters predicted GDP would grow by 0.1 percent in April.

ONS director of economic statistics, Darren Morgan, explained: “A big drop in the health sector due to the winding down of the test and trace scheme pushed the UK economy into negative territory in April.

“Manufacturing also suffered with some companies telling us they were being affected by rising fuel and energy prices.

“These were partially offset by growth in car sales, which recovered from a significantly weaker than usual March.”

What are business leaders saying?

She told Sky News this morning: “We’re going to see the biggest squeeze on household incomes, we expect, since records began.

“And as a consequence of that, consumption, household spending is likely to shrink every quarter for the next four quarters.”

The war in Ukraine was having a “devastating” affect on world economies, with rising energy and commodity prices adding to global pressures bearing down on the UK, Ms Newton-Smith said.

Is there anything positive in today’s data?

GDP would have grown by 0.1 percent were it not for the scaling back of the Government’s coronavirus test-and trace and vaccination programmes, the ONS said.

Car sales also increased after a “significantly weaker than usual March”, when new registrations came out.

Repair of motor vehicles and motorcycles increased by 15.2 percent after a fall of 15.1 percent in March 2022, which marked the weakest March for new car registrations since 1998.