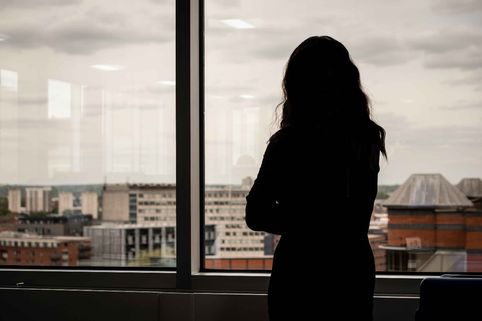 Women and families are staying in refuge longer than ever as cost of being rehomed from emergency accomodation soars by £5,000

Women and families fleeing abuse were already ‘in crisis’ before the Covid-19 pandemic and cost of living crisis. Now, some survivors left with ‘nothing’ are skipping meals just to make sure their children eat.

Mum-of-one Rohana*, who fled her abusive partner with her son, told how she was eating one meal a day amid the day-to-day strain of rising utility bills. She is among the brave survivors hit hard by the soaring costs after moving from a refuge into her own home.

Others rehomed from temporary accommodation have spoken of concerns around putting the “heating on, washing or using household electrical items”, Birmingham and Solihull Women’s Aid said. But domestic abuse services are also under strain as demand for safe spaces soars.

Financial struggles, a trigger for abuse, have created a greater demand for these refuge places, while the crisis has meant it is now more costly than ever for families already in refuge to leave. The cost of rehoming a woman and two children from refuge accommodation is £5,000 more than it was two years ago, analysis from Loughborough University revealed.

“Women were in crisis prior to the pandemic and the cost of living crisis, but the situation many of our services are now finding themselves in is even more acute,” Anna Fawcett, Income Generation and Corporate Relationships Manager at Birmingham and Solihull Women’s Aid, told BirminghamLive.

“In refuge, women pay personal contribution towards their utilities in refuge which hasn’t changed –we haven’t passed on the higher cost to women. This is having an impact on our running costs, and means we are upping our fundraising to ensure we can continue our work.”

The cap on their personal contribution gives women living in refuge a “buffer”, but women still need to buy food, clothes and essentials for themselves and their children, she stressed. She added: “Refuge is emergency temporary accommodation, but women and families are staying longer than ever, and it means the utility and rent costs when they go out into the community are a real shock.

“We are already seeing women who are concerned about moving on to their own homes as a consequence which is completely understandable.”

The charity is “concerned” about the impact on women in, or moving into, the community. “Refuge is only a small number of the women we’re supporting on a day to day basis,” added Mrs Fawcett.

“Women in the community often tell us they are skipping meals to make sure their children eat. We’re also seeing women very concerned about putting the heating on, washing or using household electrical items.

“It means that on top of supporting women with the trauma from the abuse they have experienced, we’re also offering support for the worries about surviving day to day life. It is incredibly concerning for us and with winter only a few months away we will be watching the situation very closely to ensure we can support as much as we can.”

In the first quarter of 2022, Hestia, a London domestic abuse charity, saw a 30 per cent rise in demand for its services, including our domestic abuse refuges. Rohana, not her real name, told the service: “Sometimes I think ‘Why did I call the police?’ because at least my son was being provided for and we had food.

Domestic violence or abuse can happen to anyone – find out how and where to get help.

In the West Midlands contact Women’s Aid Birmingham and Solihull  or call the confidential helpline on 0808 800 0028.

Advice from the NHS says that if you are at risk of domestic abuse or violence you can:

The Survivor’s Handbook from the charity Women’s Aid is free, and provides information for women on a wide range of issues, such as housing, money, helping your children, and your legal rights.

Men can also email info@mensadviceline.org.uk, which can refer men to local places that can help, such as health services and voluntary organisations.

Anyone who needs confidential help with their own abusive behaviour can contact Respect on their free helpline on 0808 802 4040.