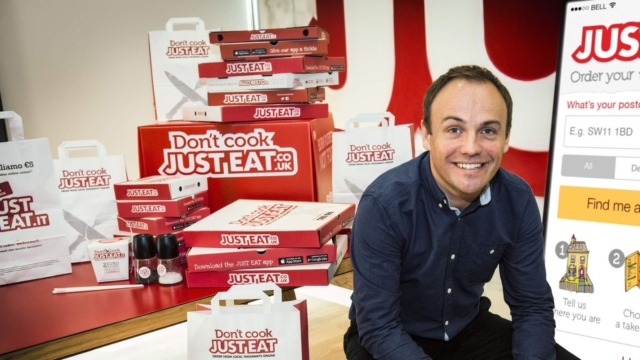 A multi-millionaire venture capitalist has been named as the Government’s new cost of living business tsar.

David Buttress, the founder and former CEO of Just Eat, has been tapped by Boris Johnson to “work with the private sector to develop new business-led initiatives to help people struggling with the squeeze on living standards”.

He was reported to have made £17.4 million by selling off chunks of his stake in the lucrative food delivery firm between 2016 and 2017, when he stepped down as CEO. The company merged with Takeaway.com in 2020, in a deal worth a cool £5.9 billion to investors.

In addition to his role at Just Eat, Mr Buttress is listed as a venture partner at global venture capital firm 83North. He has also “dabbled” as an angel investor in nearly a dozen companies, and has previously been recognised as one of the UK’s 500 most influential people by Debretts.

In May, Bloomberg reported that he was weighing plans to create his own venture capital fund.

“I’ve actually been in the process of exploring the concept of building my own little fund,” he said.

Mr Buttress is also chairman of the Dragons, a Welsh rugby union team. The team said in 2017 that he had “invested financially in the Dragons, a significant sign of his confidence and excitement about the future”.

He will join Education Secretary Nadhim Zahawi on Tuesday at a meeting with supermarkets and sports organisations to discuss what assistance can be offered through initiatives like the Government’s holiday activities and food programme.

Announcing the appointment, Cabinet Office minister Steve Barclay said Mr Buttress would bring a “wealth of experience” and the “vigour and ingenuity of business” to the role.

“Businesses and organisations across the country have stepped up time and time again when the nation needs it most. The financial pressures people are facing as a result of current global challenges will be no different,” he said.